Sinead O’Connor – aka Magda Davitt, or Shuhada’ Sadaqat – is back on Twitter with a vengeance these days. 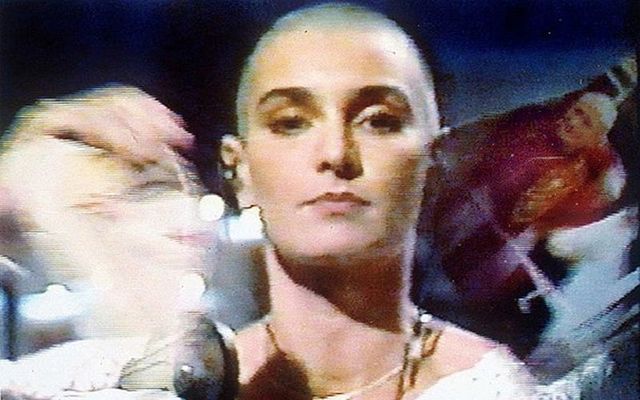 Sinead O’Connor – aka Magda Davitt, or Shuhada’ Sadaqat – is back on Twitter with a vengeance these days and has since shut down her account.

Over the weekend she sent out a number of pleas from County Wicklow regarding her missing 14-year-old son Shane, who thankfully was found safe and sound on Monday morning. Even the police got involved, and when Shane was found “safe and well,” Sinead tweeted “alhamdulillah,” Arabic for “praise be to God.”  (You’ll remember that she converted to Islam last year.)

The 52-year-old Sinead also let the world know about a long-ago fling with the singer/actor Kris Kristofferson, who’s now 82.  A fan of Sinead’s on Twitter shared the true story of how Kristofferson came to Sinead’s aid in the days after she shredded a photo of the Pope on "Saturday Night Live" in 1992, and faced the wrath of an angry nation afterward.

Not long after Sinead was one of the featured performers at a Bob Dylan tribute concert at Madison Square Garden, and the crowd booed lustily. Kristofferson was sent to the stage by the organizers to take the visibly upset Sinead off, but instead, he told her not to let the “bastards get you down.”  So with Kristofferson’s words of encouragement, she continued, singing a capella about injustice and war, and he was the first one onstage afterward to give her a hug.

The singer and actor, Kris Kristofferson.

The aforementioned fan, Audra Williams, shared the story on Twitter in the context of the new Gillette ad that’s whipped up so much debate. Williams tweeted, “The recent Gillette ad has started/furthered a lot of conversations about what alternatives to toxic masculinity look like. This is it.” Underneath the tweet was a photo of Sinead being comforted by Kristofferson onstage during the Dylan show.

Sinead, using her @magdadavitt77 handle, offered her take on the fan’s opinion and it was pretty surprising, not to mention crass. “I would not agree Kris wasn’t toxically masculine. He took full advantage when he got the chance and then immediately turned nasty once…” and we won’t go on given that we’re a family site. She ended the quote with the hashtag #NoHeroOfMine.

Sinead further elaborated on Monday morning. “In case my use of the words ‘took advantage’ [in] an earlier tweet might be misconstrued I wish to make clear that in no way, shape or form was I in any way sexually assaulted by Kris Kristofferson. And that the one time we did have sex, it was consensual.”

Sinead seems to have made quite an impression on Kristofferson. He wrote a song 10 years ago called “Sister Sinead” in which he called her a “bald-headed, brave little girl.”  Guess the feeling isn’t mutual.