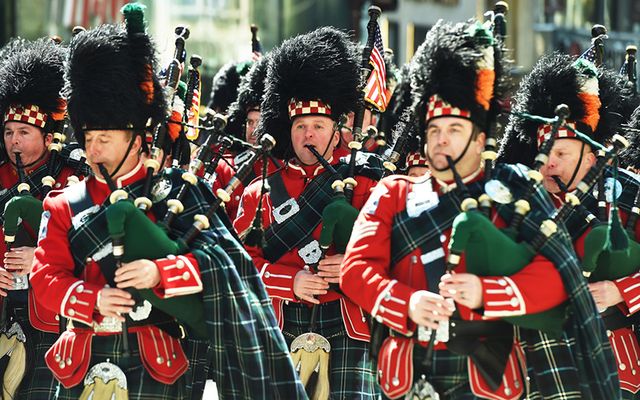 Donald Trump had his JFK moment earlier this month.

You know, that moment when an American who has reached the heights of power returns to the homeland.  It happened to Kennedy in 1963, when he visited Ireland and caught up with distant relatives.  The symbolism of the moment could not have been more touching.

A powerful man, whose great-grandfather had fled a land gripped by starvation, had returned.  That JFK was murdered months later only heightened the importance of this trip for the Irish on both sides of the Atlantic.

Well, earlier this month, President Trump was also in the land of his grandfather’s birth.  Trump went to Germany for the G-20 summit.  In the 1880s, Trump’s grandfather, Frederick, left Germany and settled on the Lower East Side of Manhattan, then a thriving German American community.

What?  You missed all of the sentimental speeches about Trump’s “homecoming”?

Actually, you didn’t.  Because there were no such things.

Neither Trump nor anyone else made a big deal about this.  Despite various annual celebrations, such as New York’s Steuben Day parade -- September 16th! -- German Americans are generally no longer recognized as an identifiable ethnic bloc.

Of course, it should.  America is a better country when it understands the role the Irish played in making this nation better, the challenges the Irish had to overcome, and the distinct path the Irish took from parish ghettos to the corridors of power.

Observers have already made recommendations which might make sure Irish American identity remains strong.

“Two answers immediately suggest themselves,” Smyth wrote in the Times. “First, lobby for immigration reform and second, increase the investment in Irish cultural programs in America.”

Obviously, a steady flow of folks from Ireland keeps America in general -- and Irish Americans, in particular -- in touch with Ireland itself.  A whole lot of blarney is passed off as “Irish,” and not just every March 17.  Irish immigrants introduce new flavors into the American melting pot and put interesting spins on old flavors.

But even if Ireland never sent another son or daughter to the U.S., Irish Americans who claim to be proud of their roots still have a role to play in preserving the Irish spot in America’s great ethnic collage.

Maybe this would be part of what Smyth, a former Irish diplomat, describes as “a joint campaign led by the Irish government and Irish American leaders [which] would significantly enhance the growth of Irish culture and studies in American colleges and schools, and in Irish American centers.”

Liberal academics and opinion makers are so obsessed with defending today’s downtrodden immigrants, they rarely seek to make any connections with past immigrants.

Meanwhile, Irish Americans need to see shadows of their own ancestors in today’s immigrants.

Conservatives -- especially the Irish American kind -- love to act as if their grandparents didn’t came to America for “handouts,” only to assimilate.  This even though the Irish pretty much invented handouts through political machines like Tammany Hall.

As for assimilation, Irish Catholics fought it tooth and nail.  The American Catholic school system -- and the larger network of cradle-to-grave social services that served Catholic immigrants -- is a sprawling symbol of refusal to bend to the dominant Protestant culture.

Until we get a grip on such basic facts, the influence of Irish America may well wane. Next thing you know we may all find ourselves marching in the Steuben Day parade.