Democrats must fight like the devil to prevent RGB's Supreme Court seat falling into Republican hands. We owe her that. 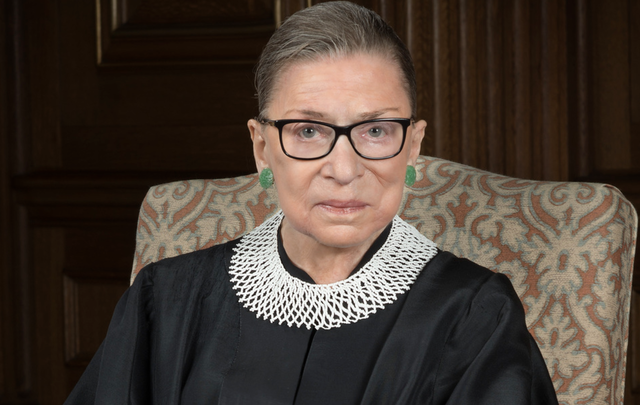 The world lost a hero in Ruth Bader Ginsburg but now the GOP is moving to undermine her powerful legacy.

There have been well-deserved plaudits for Supreme Court Justice Ruth Bader Ginsburg who passed away last week after several bouts with cancer.  She was a pioneer and trailblazer who deserved all the accolades, and she is certain to be a role model for generations of young women to come.

Her undaunted spirit, her clear personal charm, and her steely advocacy for women’s rights put her up in the pantheon of Mother Jones and Susan B. Anthony and many other famous fighters for female rights.

But there is one criticism that could be leveled at Ginsburg, which was her refusal to think through her own retirement which now has likely left her seat open to a right-wing Republican.

Given her many illnesses and her advanced age, surely the time to retire was the beginning of Barack Obama’s second term when a Democratic replacement would have been definite.  Indeed, Obama is said to have discussed that with her to no avail.

Instead, her death has sparked the very scenario we are sure she wanted to avoid -- the taking of her seat by a deeply conservative justice determined to undermine her legacy.

The battle is joined as we write, and unfortunately, the Republicans look likely to achieve their aim despite the bare naked hypocrisy they are displaying given their attitude to Judge Merrick Garland just a few years ago.

Garland was shafted by Senate Majority Leader Mitch McConnell in a particularly savage and underhand way, refusing him even meetings with GOP senators to discuss his candidacy. Eventually, Garland had to give up, utterly defeated.

It is hard to remember a time of such bitterness and ideological warfare in the recent history of this country -- most of it on the Republican side.  As one wit put it, the Democrats are pillow fighting while the GOP is engaged in a knife fight to vanquish their enemies.

It was not always so. Even during the run-up to Watergate impeachment in 1974, there were several responsible actors on the Republican side who eventually sealed Richard Nixon’s fate by telling him he had to go.

Today, if Nixon’s impeachment was occurring Fox News would mount a 24-hour, seven days a week smear campaign against his accusers and likened his crime to a minor indiscretion.

There is no deed low enough, it seems, to deserve any kind of GOP retribution. There are no shreds of decency left on such critical issues it seems.

Democratic presidential nominee Joe Biden has made clear he sees seeking to heal the wounds in this troubled country and steer the debate back towards the center as a top priority. Good luck with that.

Alas, it seems that ship has likely sailed --unless there is a widespread dismantling of the Republican Party in this election.

The Senate and House candidates have followed Trump’s pied piper lead to be as accommodating and bitter as possible, to cleave the country in half between red and blue states, and to use racism and naked appeals to bigotry as their political tools.

Only a massive rebuke from the electorate can stop this venal tide from continuing to wash in.  Women’s rights, voting rights, and caring for pre-existing conditions, as well as adjudicating massive environmental issues, will be on the new Supreme Court docket.

Democrats must fight like the devil to prevent the Supreme Court seat held by Ginsburg from falling into GOP hands. They owe her legacy at least that.