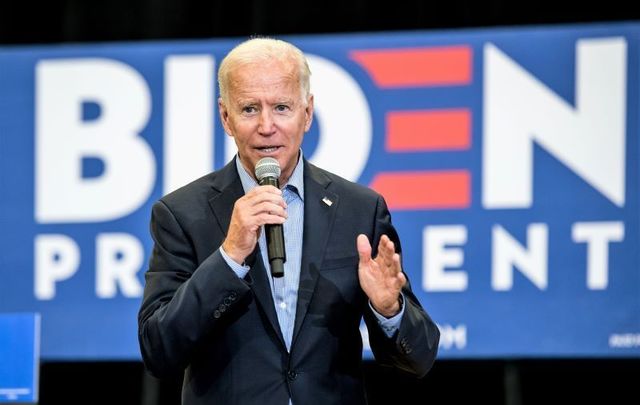 Joe Biden is leading President Donald Trump overall among Catholic voters, according to the results of a new  EWTN News/RealClear Opinion Research poll.

EWTN Global Catholic Network, the largest religious media network in the world, said this week that its latest survey found that “in terms of the November election, Joe Biden holds a substantial 12-point lead over Donald Trump among likely voters who identify as Catholic (53% to 41%).

The survey, which was conducted in both English and Spanish by RealClear Opinion Research from August 27 to September 1, consulted 1,121 Catholics who are registered to vote in the US and say they plan to “definitely” vote in the November election. The survey is the third in a series conducted by EWTN, with previous surveys having been conducted in February 2020 and November 2019.

While Biden is leading Trump among Catholics overall according to EWTN's latest poll, the results shift when considering the frequency in which the responding Catholic attends Mass.

“Those who set aside time to pray each day break narrowly for Trump (48% to 47%), while those who do not set such time each day overwhelmingly support Biden (55% to 37%).”

“Biden has led Trump among overall Catholic voters in each of the previous EWTN News/Real Clear polls. Trump also continues to enjoy majority support from Catholics in certain subgroups such as those who set aside time to pray each day or attend Mass more than once a week.”

Commenting on the most recent findings, Carl M. Cannon, the Washington bureau chief of RealClearPolitics, said: “The most observant Roman Catholics still tend to support Donald Trump and the Republican Party, as do large majorities of white evangelical Protestants – and are among the most highly motivated voters.

“But the question for the GOP is whether there are enough of these voters to make up the difference.”

Speaking of the wide impact of Coronavirus on the election, John Della Volpe, Director of Polling for the Harvard University Institute of Politics who oversaw the polling for RealClear Opinion Research, said: “The issue lens that Catholics are using to choose a president has changed significantly since our first poll in November 2019.

“Coronavirus, the economy, and health care are the primary concerns of Catholic voters as we enter the fall; meanwhile the importance of immigration has dropped by double-digits. Concerns related to religious freedom, abortion, and the Supreme Court rank as less important factors for most Catholic voters at this late state of the campaign.”

EWTN says they will be conducting another survey in the coming weeks.

The US Presidential election will be held on November 3, 2020.