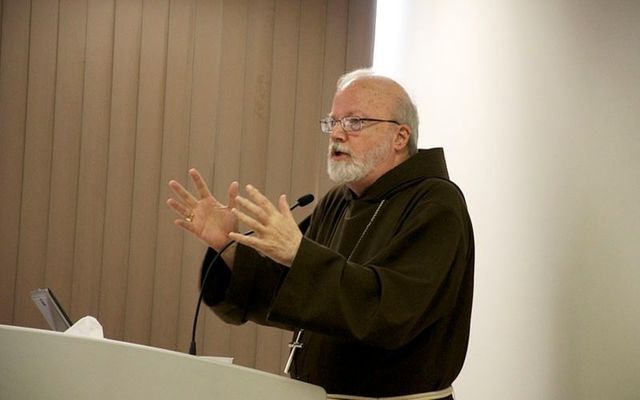 Archbishop of Boston Cardinal Sean P. O'Malley has reiterated that Catholic priests should refrain from political endorsements after a Boston priest said he supported the "right to choose" and endorsed Democratic Nominee Joe Biden.

Monsignor Paul Garrity, pastor of the Lexington Catholic Community parish, went viral when he posted a statement on Facebook issuing his support for Biden and the woman's right to choose.

The post, published on Aug. 23, urged Catholics and others of similar viewpoints to vote for Biden in November's presidential election.

"I am pro-life and I believe in a woman’s right to choose. I will vote for Joe Biden for President because I believe that Joe Biden is pro-life like me," Garrity said in the post.

"I am pro-life and I believe that every woman who becomes pregnant deserves to have the freedom to choose life. This is what I believe Joe Biden believes and is one of the many reasons that I will vote for him in November."

The Lexington priest posted an apology on Facebook four days later on Aug. 27 after Cardinal O'Malley reminded Catholic priests that they are not allowed to endorse political candidates.

Catholic priests in the Boston Archdiocese "may not endorse or oppose candidates for election or political parties", O'Malley said. He pointed out that the statement was not aimed directly at Garrity.

He additionally reminded priests that they should oppose the termination of pregnancies.

"The Catholic community has the right to expect the priests of the Archdiocese and those entrusted with handing on the faith to be clear and unequivocal on the Church’s teaching concerning respect and protection for life from the first moment of conception to natural death. This teaching is of the highest priority for the Church."

Garrity issued an apology on the same day.

"Please accept my apology for the confusion and upset caused by the Facebook post concerning the presidential election and expectant women carrying their children to birth," he wrote on Facebook.

He also clarified that he was totally against legalized abortion.