"Reversing Roe v Wade is an attack on women and their human rights," Caitríona Balfe wrote on Instagram. 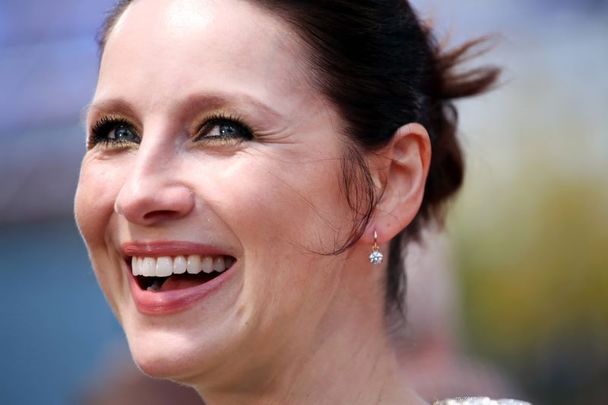 The leaked Supreme Court decision which, if final, will overturn Roe vs. Wade is a bad one says "Outlander" star Caitríona Balfe, who took to Instagram last week to vent her frustration.

“The choice to have a child is a deeply personal decision that should be the sole decision of the woman who would have to carry it. Period. Reversing Roe v Wade is an attack on women and their human rights.

"I stand by my American sisters as the fight against this travesty begins,” Balfe wrote on May 4, alongside a photo of the late Supreme Court Justice Ruth Bader Ginsburg and one of her famous pro-choice quotes.

On her Twitter, Caitríona re-tweeted a ton of messages from Elizabeth Warren, Hillary Clinton, Bette Midler, and others railing against the decision.

She also applauded the Formula One race car driver Lewis Hamilton for saying that “we can’t let that choice be taken away.”

Love @LewisHamilton ….. so important for men to raise their voices right now. https://t.co/L3d2zUmRn0

Caitríona marked her first Mother’s Day as a mom by donating to Choose Love, an organization that supports families separated at the U.S.-Mexico border.

"After fleeing their homes in fear of extreme violence, torture and persecution - children should never have been separated from their parents at the crucial point of reaching safety.

"Let's help families reunite and rebuild their lives. Funds raised will pay for legal support, stable housing, medical and mental health support and so much more,” she wrote.