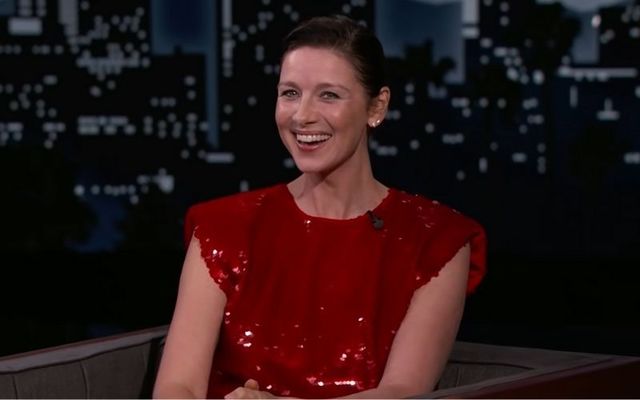 So it’s St. Patrick’s Day season, and Caitríona Balfe wants you to know that it’s not St. Patty’s Day, and Irish natives would turn their noses up at a plate of corned beef and cabbage.

That’s what she told Jimmy Kimmel during an appearance on his talk show last week.

“First of all,  people sometimes call it St. Patty's Day. And I'd like to just say, it's not," Caitríona, the Co Monaghan star of "Belfast" and the Starz series "Outlander," said. "It's Paddy's with a D or two Ds."

"Why? It's Patrick, it's not Padrig," Kimmel said perplexed, adding jokingly, "By the way, with the way you spell Caitríona, you shouldn't be telling anybody!"

"We just love extra vowels in Ireland," Caitríona said with a smile.

She continued: "The other thing is, nobody eats corned beef and cabbage back home, not together, it's not a dish. I don't know, maybe back in like 1890s or whenever people came over first but ..."

"I don't even know what that is," Caitríona admitted. “It sounds horrible!"

Outlander’s sixth season premiered on Sunday night and Caitríona spoke about what it was like to film the show during a pandemic while pregnant.

"I think it's just you're pretty tired when you're pregnant anyway and we shoot a lot and the schedule's pretty tough. But you know what, I have had a lot of amazing co-workers and everyone took very good care of me," she said.