Caitríona Balfe urged her followers to support several children's charities while announcing the arrival of her first child. 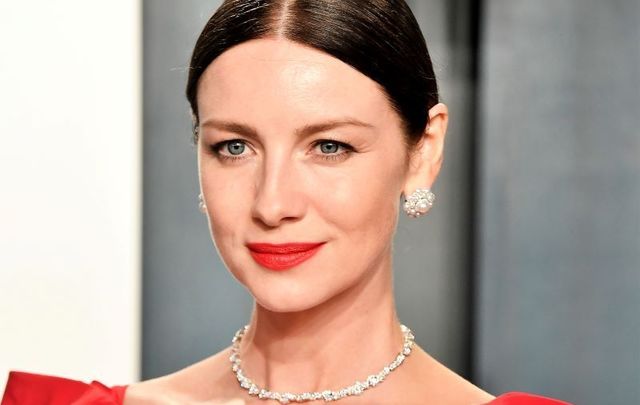 Caitríona Balfe has announced the arrival of her and her husband's first child in an Instagram post today, August 18.

In her touching post that featured a photo of the newborn’s hand wrapped around her finger, Balfe wrote: “I’ve been off socials for a while as I was taking some time to enjoy cooking up this little human...

“We are so grateful for this little soul ….that he chose us as his parents.

“I’m in awe of him already and can’t help stare and wonder at all the possibilities of who he will become, where he will go and what he’ll do on the big adventure of his life.

“Right now he seems so small and fragile and I constantly think how grateful I am that I live in a place, in a time where he is born into peace and safety, and yet at the same time I see so many in the world right now that aren’t afforded that same privilege and opportunity … who are born into famine or war and how unjust it is that the same safety isn’t there for all children.

“Here in the west we have so much, we are so lucky and so if you’d like to join me in supporting any of the wonderful charities that need help trying to give those that are forgotten dignity and hope, we can give the gift of peace and safety and opportunity to a few more children … "

Balfe, who says she is a "proud patron of World Child Cancer," tagged the organization in her post, as well as Choose Love, UNICEF, and UNHCR, the UN Refugee Agency.

In June 2019, Balfe shot down pregnancy rumors in a tweet saying “just having my period and was bloated....” and noting that it was inappropriate to ask.

To all those who think it’s appropriate to ask. No, I’m not pregnant, just having my period and was bloated.... so yeah... thanks for asking. #notreally #notallstomachsarewashboards

About a month after shutting down pregnancy speculation, Balfe, a native of Dublin, married Anthony ‘Tony’ McGill, a Scottish music producer, in a private ceremony in the UK.

Congratulations to the new parents!