From Brexit, to abortion to Brett Kavanaugh - political intrigue all over

Scared of economic recovery and mono-culturalism, about to legalize abortion, embarrassed by racism, Theresa May's Tory's breaking at the seams... Ireland is living through strange times indeed. 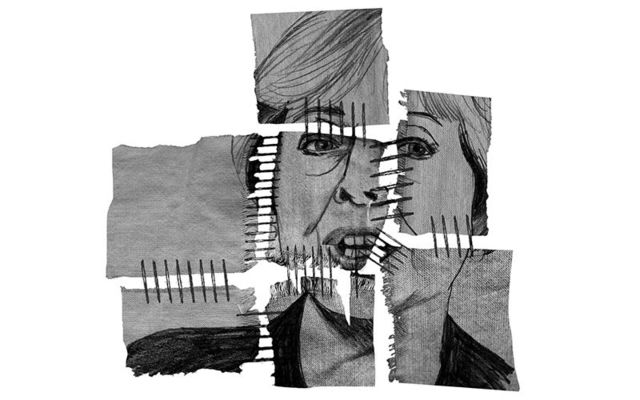 Scared of economic recovery and mono-culturalism, about to legalize abortion, embarrassed by racism, Theresa May's Tory's breaking at the seams... Ireland is living through strange times indeed.

A surreal time here in Ireland under clear skies and a glowing harvest moon. Intriguingly, we are afraid as a nation to believe that the worst of the economic recession is over after a cruel decade of austerity, and we are already dreading the arrival of the next social and economic burst.

That is understandable enough I suppose, given the scale of ongoing stresses in areas such as housing and health. Yet it is still surprising a bit and even mildly alarming given our traditional resilience when faced by the global woes which emerge almost perfectly on cue every decade or thereabouts.

We seem to have lost some of that resilience as we have become less of a mono-culture and more European and cosmopolitan by the day and week. It is an interesting crossroads along the path of our national journey.

We have not been here before. It is all new to us.

We are about to legalize abortion in Ireland, decades after that should have been legalized to stop the shamed red-faced flight to England and elsewhere of pregnant Irish women who could not have abortions at home even when they did not wish to bring a child into the world, for a myriad reasons we need not detail here.

As a hallmark to the broken authority of the Catholic Church that ruled us so totally so long, and so wrongly in many areas, that change is to be welcomed warmly by the commonality ruled so hard so long by many of those in the Catholic hierarchy who were flouting their own celibate rules and regulations. I need not dwell on that reality any further.

I have to report that there are fascinating insights into this New Ireland every weekday afternoon on the immensely popular Liveline program on national station RTE 1 broadcast internationally after our lunchtime here.  If there is clear evidence of racism against folk with darker skins among us nowadays -- and there is sadly -- there is also heartwarming evidence of the immediate way in which Irish folk hearing the racist attacks strongly criticize those involved and spring to the defense of those being racially attacked.

The show presenter is my old friend Joe Duffy, and those intending to visit this New Ireland anytime soon should tune in at the first available opportunity.  It is totally informative stuff every Irish day for sure.  Educational in the best sense of the word.

Without being aware of the full political realities over among you, it is probably equally surprising to many in the diaspora how tuned in we are to the ongoing situation in relation to the Brett Kavanaugh nomination to a lifetime job in the Supreme Court on a Trump nomination.

There is to be a brief FBI investigation into the sexual harassment allegations against him by two of the three accusers, one of whom, Dr. Christine Blasey Ford, sounded very impressive in her evidence at least to these ears in Clare.  We are agog for more developments these days and nights.

Closer to my island home these days and evenings, there is the unique situation posed by the British decision 18 months ago by referendum o leave the European Union next year.  It is now clear that decision, primarily dictated by an anti-immigration vote, has torn British Prime Minister Theresa May’s party apart at the seams.

We do not know for sure what will emerge in the end except that the apparently mild Mrs. May has steel down her political spine, against her internal critics and Europe, and is not backing down on any front, including for us the priority problem of how the Irish border situation can be solved to everybody’s satisfaction.

Meanwhile, as our presidential battle commences, the Sinn Fein candidate’s wish for a future united Ireland referendum in the near future at that is not at all as mind-boggling as it would have been even a year ago.  Intriguing political times both abroad and at home for certain.

It will sort itself out in the end as always.