Would Annie Moore have been considered a public charge in 2019?

Irish woman Annie Moore, the first person to enter the US through Ellis Island, was a "public charge." She was not the only one. 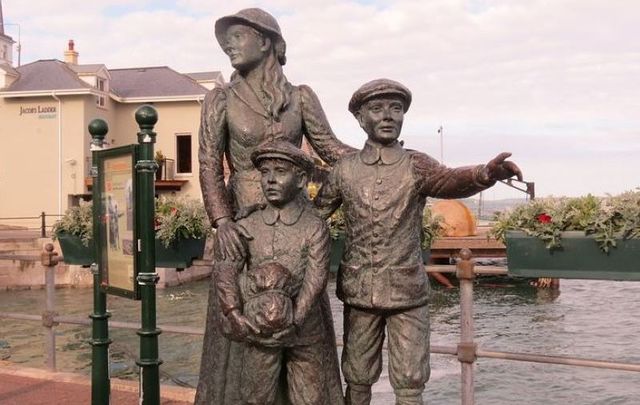 Ireland's most famous immigrant to the US, Annie Moore, would have been considered a public charge in the US today.

Take one part old-fashioned hypocrisy, mix in a dash of unintended irony, then sprinkle on some newfangled gaslighting.

And that’s how you get to the ghastly, goofy moment we are currently living through in this country.

A few weeks back, a Trump administration bigwig made headlines when he decided to turn a CNN appearance into a poetry lesson.

Acting U.S. Citizenship and Immigration Service Director Ken Cuccinelli said the famous Emma Lazurus poem on the Statue of Liberty “was referring back to people coming from Europe where they had class-based societies, where people were considered wretched if they weren't in the right class.” 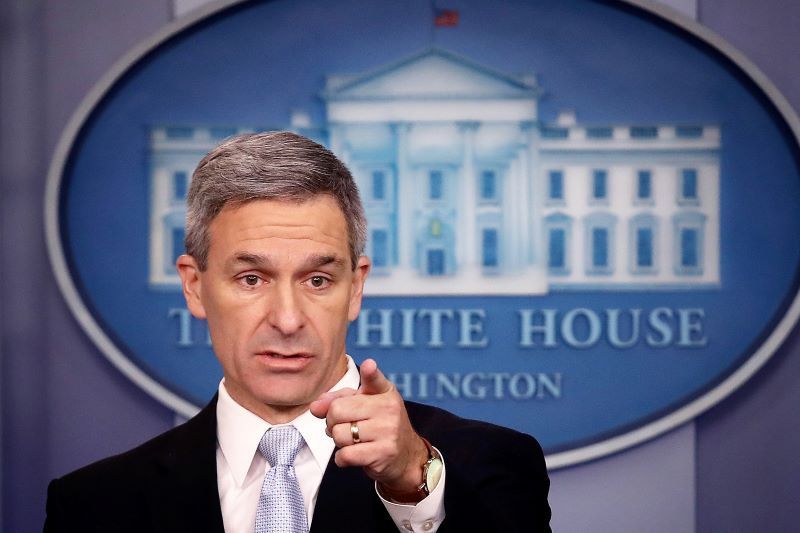 That got all the attention, because it was taken as yet another white supremacist claim by the Trump administration.  In truth, it was yet more garbled nonsense, but let's move on to another moment in Professor Cuccinelli’s poetry lesson.

He decided to change up Lazurus’ poem, believing it should read, “Give me your tired and your poor who can stand on their own two feet and who will not become a public charge.”

Let’s start with the hypocrisy.

The New York Daily News called out Cuccinelli with an editorial dubbing him a “homegrown hypocrite,” who “betrays...his own ancestors.”

A Daily News report added that “the hardline Trump immigration official’s own ancestors were dirt-poor Italian laborers who apparently came through Ellis Island on a crowded steamship like millions of other future Americans.”

An angry Cuccinelli responded, telling the News, “My great grandfather knew upon arriving in the United States that he had to learn English and that he had to work hard to succeed in this country.”

Ah, there it is.  My ancestors were good, well-behaved immigrants. Unlike today’s lazy non-English speakers.

But there is also irony.  Aren’t Trump types often saying one reason we should build a big, beautiful wall is because immigrants come here and take jobs “normal” and “real” Americans could otherwise do?

Is the argument that today’s immigrants work too hard? Or not hard enough?

Cuccinelli also made a point of saying it was “intellectually dishonest” to compare his ancestors to today’s immigrants because "the welfare state didn’t exist back then.”

That’s what kids today call gaslighting.  Saying something that is false, but with such conviction, that it disorients your opponent to the point of insanity.

True, there were no federal “welfare” benefits flowing from Washington, D.C. in the good old days of the Cuccinelli clan’s arrival.

But that does not mean European immigrants did not need all kinds of help from state and local governments.

Let’s go back to January 1, 1892, when Cork native Annie Moore, the “rosy-cheeked Irish girl” made famous by The New York Times, was the first immigrant to be processed at Ellis Island.  She should have been handed a hefty bill with her immigration papers.

You see, Moore’s parents had come to the U.S. a few years before. Soon after Annie’s arrival, they suffered severe health ailments.  And yet, apparently, their daughter and her German immigrant husband could not afford to pay for private medical care.

So Moore’s father spent long stretches at New York Hospital’s House of Relief, while her mother was cared for at the City’s Almshouse on Blackwell’s Island for nearly a decade, as outlined in Tyler Anbinder’s book "City of Dreams."

Both of these institutions, which served many immigrant families like the Moores, received significant government funding - in other words, “welfare.”  Which should not be surprising.

Read More: Sean Hannity and many Irish Americans forget they came from a shithole country

Not only did yesterday’s immigrants need and accept public assistance. They pretty much invented it through political machines like Tammany Hall.

Reasonable people can agree or disagree with the amount of money that should be spent on all kinds of immigrants.  But let’s not kid ourselves.

The Moores from Ireland were public charges. And they were not the only ones.