A United Ireland now looks certain in the near future

“Abundantly clear that within the next decade there will be a nationalist majority in Northern Ireland.” 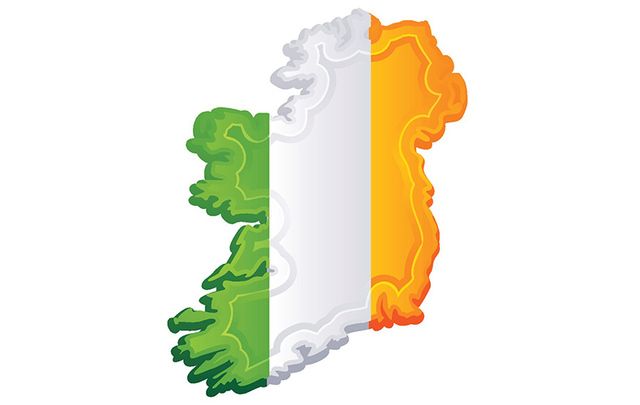 A United Ireland is now a real possibility.

The result of the recent election in Northern Ireland has brought the issue of a united Ireland front and center.   A nationalist voting majority is now certain in the North.

There is a critical need for a realistic discussion, one that Irish America must join.

For the first time ever, more nationalists voted than unionists, an eventuality that everyone knew would come some day but was not expected so soon.

As long as the goal of a united Ireland was aspirational, lip service was paid by successive Irish governments to the notion of achieving all-Ireland unity.  Now it is no longer a matter of speculation, but an eventual reality.

Notice how Fianna Fail, long the party of platitudes about the North, are suddenly producing a 12 point plan for Irish unity with no empty cliches.

The Northern nationalists too will take the issue of reunification far more seriously, as will Ulster unionists who have dominated the North since its inception.

Theresa May, English nationalist par excellence responded with all the grace of a bulldog caught eating a nettle.

Great change is afoot and May knows it.

The other iceberg that will sink the United Kingdom is the impact of Brexit on the North which will be overwhelmingly negative. The only good outcome of Brexit is retaining the current status quo with no physical borders. and neither the British, the Irish or the European Union believe that will be the case for much longer.

In that respect, Northern nationalists may well be facing a physical border with the Republic of some kind, and a new limitation on freedom of movement between north and south.

That is simply not acceptable to a group which has become used to a borderless island of Ireland and many of their concerns being incorporated into government.

There are a lot of nationalists who were ambivalent about a united Ireland. Brexit has made them reassess. The recent North vote was an example of that.

Ulster unionists face an existential crisis. What will they do with a nationalist advantage and Brexit bearing down on them?

For decades there was reason not to speak of a united Ireland in case such talk spooked the unionists, or so the narrative ran.  But that was then and this is now.

The more limitations on movement across the border, the more that Brexit impacts negatively on the Northern Irish economy as it certainly will, then the more unionists and nationalists have to view a united Ireland project as the best way forward. Keeping EU membership is the one thing a large majority on the island of Ireland voted for. One way to do that would be

Keeping EU membership is the one thing a large majority on the island of Ireland voted for. One way to do that would be joint authority where Irish membership of the EU would then encompass the whole island. But why not go the whole hog?

The Sinn Fein leadership under Gerry Adams has shown remarkable political skill in creating a powerful force for unification both north and south.  Last weekend, for the first time ever, an Irish Republic opinion poll showed Sinn Fein to be more popular than Fine Gael, currently the main party in the coalition government. 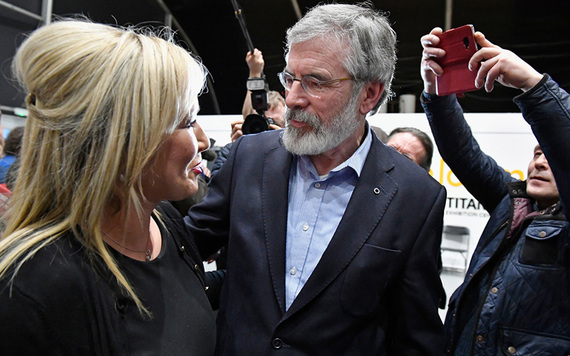 While it is no given that Sinn Fein would beat Fine Gael in an election, there is no question that it is a party with a huge future in the Republic.

In the North, Sinn Fein came within one seat of becoming the largest party in the Northern Ireland Assembly, in the process causing huge dissension and second guessing among unionist leadership.

So, on St. Patrick’s Day in 2017, we stand on the threshold of a new era in Northern Ireland.  We have seen from this latest election that a unified Ireland has moved from speculation to a demographic reality.

We have also seen how Brexit has badly damaged Northern Ireland no matter how it is implemented in the years ahead.

Given the new context and the different political reality in the Irish Republic, we can say for the first time ever that a united Ireland is now more likely than not. The figures are there to prove it.

Read more: Mike Pence says all he has achieved in life is due to his Irish heritage