Martin believes Irish unity was possible within his lifetime but insisted it would not happen overnight with “premature border polls” as advocated by Sinn Fein. 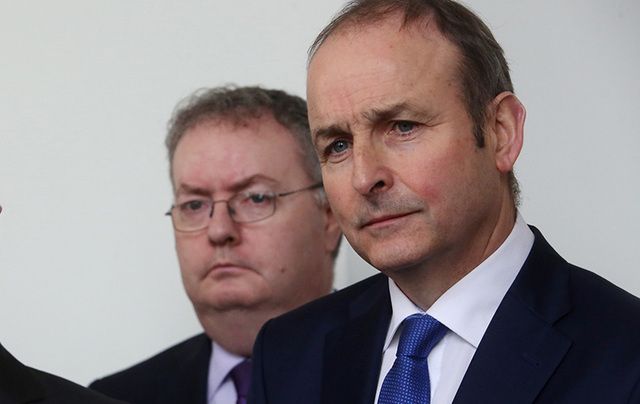 The 56-year-old, tipped to lead Fianna Fail into government after the next general election, said he believes serious work needs to be done to prepare for a united Ireland.

His prediction is an added headache for Britain as just hours after it was published in The Irish Times, Scotland’s First Minister Nicola Sturgeon paved the way for another referendum on independence.

She said Scotland’s efforts to compromise as the British government prepared to press the exit process from the EU had been met by a brick wall.

She said a second independence referendum is likely in late 2018 or early 2019 following the 2014 poll in which independence was rejected by 55.3 per cent to 44.7 percent of the Scottish electorate.

Martin told The Irish Times that Fianna Fail is to publish a 12-point plan within months to strengthen economic, political and educational links between the Republic and Northern Ireland. That could help prepare the way for unification of the island.  He outlined the details of a white paper on reunification that Fianna Fail will publish in the coming months.

Martin said Brexit could serve to drive Northern Ireland and the Republic further apart or could bring Irish unity closer together, if the economic consequences caused difficulty in the North.

The Fianna Fail white paper will outline “building blocks” or “concrete proposals” that would substantially develop the cross-border, north-south dimension.

There would be a common enterprise agency that would attract foreign direct investment to the island as a whole, rather than having competing organizations.

The common agency could in turn lead to harmonized taxes for businesses and moves towards a common education curriculum for schools, starting with history and English before moving to other subjects.

There would be common food safety and standards, common recognition of educational qualifications, and continued access to European research programs for third-level institutions across Ireland after Brexit.

Martin said that “ways and means” of the cost of reunification would be dealt with in the white paper.  He said he wanted to try and move well beyond the fourth green field – “in other words: what would a united Ireland look like?”

He added, “For example, if there was a referendum and a majority went for a united Ireland, what would happen after?”

Martin said he believed Irish unity was possible within his lifetime but insisted it would not happen overnight with “premature border polls” as advocated by Sinn Fein.

But in Belfast, where talks are continuing in a bid to establish a power sharing administration following the recent Stormont Assembly elections, Sinn Fein leader in Northern Ireland Michelle O’Neill said there was an urgent need for a referendum on Irish unity “as soon as possible.”