Irish politicians have been placed on a Russian "stop list" in response to what Russia calls "the anti-Russian course of the Irish government." 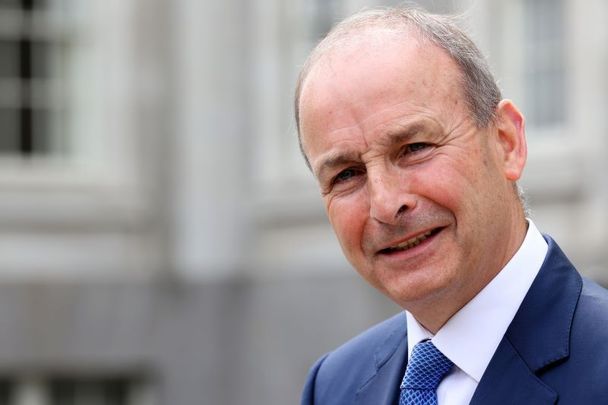 52 Irish politicians have been placed on Russia’s “stop list,” the Ministry of Foreign Affairs (MFA) of Russia announced today, November 16.

The MFA said on Wednesday: "In response to the anti-Russian course of the Irish government, which unconditionally supports the unilateral restrictive measures introduced by the European Union against Russian citizens aimed at attempts to isolate our country internationally, a decision was made to include 52 key representatives of the leadership and politicians of Ireland in the Russian stop-list."

Amongst the 52 individuals from Ireland placed on the Russian "stop list" are "a number of senators and deputies of the lower house of parliament," the MFA said.

"Acting under the orders of Brussels, Ireland is carrying out an aggressive anti-Russian propaganda campaign and is pursuing a course to curtail bilateral cooperation to the detriment of its own interests.

"One of the consequences of fuelling Russophobic hysteria in Irish society was the attack on the Russian Embassy in Dublin in March.

"Russia’s other measures will be guided by the position of Dublin."

The Russian 'stop list' of Irish politicians was, according to Reuters, "the latest in a barrage of largely symbolic moves by Russia against prominent figures from Western countries that have condemned its war in Ukraine."

The Taoiseach learned of the sanctions against him while taking questions in the Dáil on Wednesday.

TD Neale Richmond asked Martin if, in light of the sanctions, it was time to "finally" shut down the Russian Embassy in Dublin, expel the Russian ambassador from Ireland, and "cut off this constant channel of misinformation, disinformation, and aggression from these so-called diplomats?"

Martin, with a smirk, responded: "Thanks to Deputy for alerting me to this news that I'm sanctioned. It's a new development.

"[I] don't think I've ever been sanctioned before."

Martin, who acknowledged he would need to be briefed further on the matter, said "It's part of a broader propaganda war being waged by Russia."

He continued: "We all have to stand together across Europe on this."

"Diplomatic channels are the last resort, always," he said. "Diplomacy matters in the end of the day, no matter how unpalatable it can be at certain times.

"I think cool heads are always required in situations like this."

On Twitter, Coveney said: "Ireland will be making no apology for being on the side of International law, the UN Charter, the side of Ukraine & the right side of history.

Ireland will be making no apology for being on the side of International law, the UN Charter, the side of Ukraine & the right side of history.
Russia should end its illegal war of aggression, stop killing innocent civilians & shelling of infrastructure. https://t.co/aObMMJKdKv

Echoing Coveney's sentiments, the Taoiseach also said he will "make no apology for speaking the truth about Russia’s immoral and illegal war.

"We stand with the people of Ukraine."

I will make no apology for speaking the truth about Russia’s immoral and illegal war. We stand with the people of Ukraine. #StandWithUkraine pic.twitter.com/9d6tueKOUC

The day before the Russian 'stop list' was announced, Russia’s Foreign Ministry Spokeswoman Maria Zakharova commented on the neutrality of Ireland.

She added: "Dublin has taken another deliberate and unconstructive step, sacrificing bilateral relations with Russia.

"Cheered on by its British neighbour, the Irish side is consistently destroying the entire range of bilateral political, economic and cultural ties, and it is hampering the normal operation of the Russian Embassy in Dublin and blocking mutual trips and contacts under a far-fetched pretext.

“Ireland has been recently evaluating its role in the efforts of the collective West to ratchet up international pressure against Russia.

“As historical experience shows, the loss of one’s sovereign rights spells nothing good.”