Ireland's new Taoiseach to be rotated in next month after delay 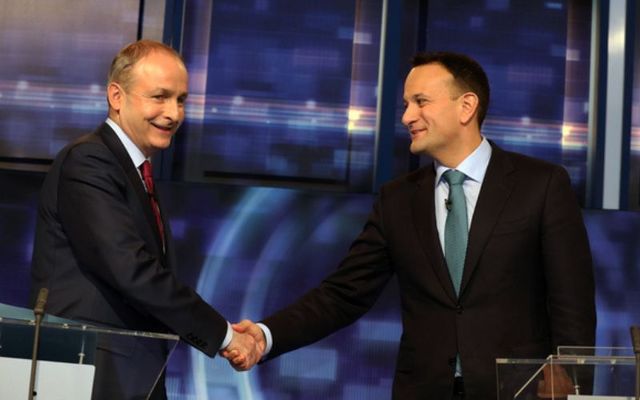 Leo Varadkar, currently Ireland’s Tanaiste, will rotate into the position of Taoiseach on Saturday, December 17, the Irish government has decided.

Varadkar, the head of Fine Gael, will take over from current Taoiseach Micheál Martin, who will in turn shift into the Tanaiste role as part of the so-called 'rotating Taoiseach' agreement.

The December 17 date is two days later than the date of December 15 indicated in the Programme for Government, but it is understood the delay was facilitated so that Martin could attend the European Council Summit in Brussels.

"While Ireland could have deputised another member state to attend in its place, it was seen as strategically and symbolically important that Taoiseach Micheál Martin would attend as head of government," the Irish Times reports.

Varadkar is understood to have had no problem with the two-day delay.

The Dáil Éireann will now have to sit on Saturday, December 17 to vote in Varadkar as Taoiseach.

As per the Programme for Government, Martin will "offer his resignation to the President and all Parties and TDs supporting the Government will support the nomination of the Leader of the Fine Gael Party."

With the rotating in of Varadkar, it is expected that a Cabinet reshuffle will take place.

The 'rotating Taoiseach' system was decided upon when Fianna Fáil, Fine Gael, and the Green Parrty went into a historic coalition after Ireland's general elections in 2020.

Varadkar previously served as Taoiseach from June 2017 to February 2020. He remained in a 'caretaker' position as Taoiseach until the coalition was finally formed in June 2020 and Micheál Martin took over.

America must pull back from Trump