Ireland's Minister for Foreign Affairs Simon Coveney said Ireland has a "moral obligation" to support Ukraine during the conflict. 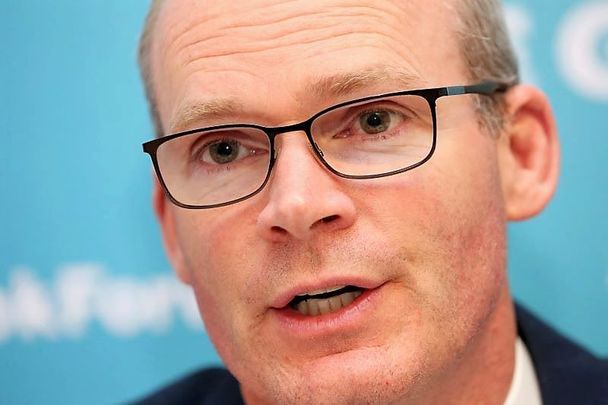 Ahead of the meetings on Tuesday, Coveney was asked if there was a “limit” to how many Ukrainian refugees Ireland could accommodate.

“Ireland is not going to be applying quotas," Coveney said.

Ireland's Central Statistics Office said in its latest update that there had been 54,771 arrivals in Ireland from Ukraine as of September 25.

“This is a war. Many, many thousands of people have died and many, many millions, in fact, have had to flee their homes.

“There’s over 7 million internally displaced within Ukraine. There’s over 5 million have now actually crossed the borders into the EU looking for safety for themselves and their families. They’re predominantly women and children.

“Many have been through horrific experiences and their husbands and sons, and in some cases, daughters and mothers too, are continuing to fight to protect their country and protect their homes.

“Ireland will play its role in this war by supporting Ukrainians when they come to Ireland as best we can.

“The solutions aren’t perfect for every family, we know that.

“But I think we have a moral obligation here to be generous, to act, and to be part of this war in as constructive a way as we possibly can be, supporting Ukraine to defend itself in Ukraine but also supporting Ukrainians who are forced to flee.

“If the roles were reversed, we would be looking for the kind of solidarity and support that I hope we can provide Ukrainians while they are in Ireland.”

The European Council confirmed on Tuesday that it would be setting up a Military Assistance Mission in support of Ukraine (EUMAM Ukraine), which will aim to contribute to enhancing the military capability of Ukraine’s Armed Forces.

Regarding the mission, Coveney said on Tuesday: "Ireland has said that we want to be part of this.

“This is essentially an effort by the European Union to put structure around how we can help to train and upskill the Ukrainian military to ensure that they can protect themselves back at home in Ukraine from Russian aggression."

Coveney said Ireland has "niche skill sets" that can be useful, particularly around managing explosives.

"There are, unfortunately, many, many thousands of landmines placed across Ukraine which I think Ireland, I hope Ireland, can be part of helping to train Ukrainian military to deal with safely," he said.

“Ireland does have expertise in this area. We’ve been involved in an EU training mission in Mali, for example, specifically around demining and in other parts of the world so we think we can offer niche skill sets that are helpful to Ukraine, particularly in that space.”

Coveney said he did not believe such cooperation would increase risks on Irish infrastructure.

“And trying to help in the aftermath of this conflict Ukraine to deal with the ongoing impact of a conflict in a post-conflict situation - demining is a good example of that.

“And until that happens, we need to support Ukraine as a country trying to defend itself and its own people.”