Prices are set to rise in Northern Ireland as the fallout from Brexit rumbles on. 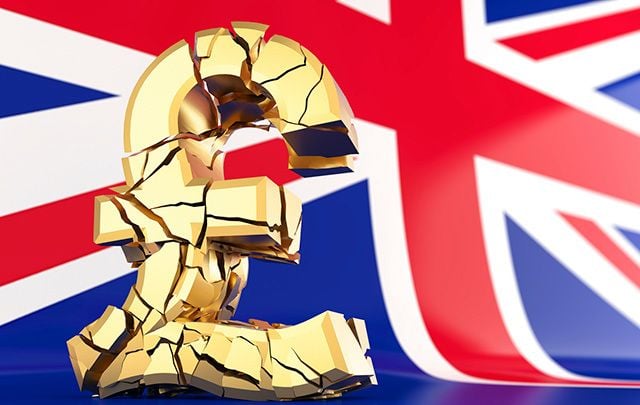 Dutch firm Unilever wants to raise its prices by 10 percent to compensate for the decline in the value of the British pound since June’s vote to leave the European Union. iStock

Prices are set to rise in Northern Ireland as the fallout from Brexit rumbles on.

Food manufacturer Unilever, which supplies produce to most British supermarkets, was locked in a pricing dispute with supermarket giant Tesco last week.

Dutch firm Unilever wants to raise its prices by 10 percent to compensate for the decline in the value of the British pound since June’s vote to leave the European Union.

While Tesco and Unilever settled their dispute, there are renewed warnings that this is just the start of prices eventually rising, with the consumer taking the hit for Brexit.

"Who would have thought that the first casualty of a hard Brexit would be the nation's supplies of Marmite?" https://t.co/7dTw7NLnxG

Sinn Féin MLA Conor Murphy, who is the chair of the Economy Committee at Stormont, said the “supermarket battle” is indicative of the negative impact of Brexit.

“The fact that multinational companies are now seeking to protect their profits and those of their shareholders following a drop in the value of sterling will undoubtedly lead to higher prices for consumers,” he said.

“Given that the people of the North already have the highest cost of living, above England, Scotland and Wales, this will have a greater impact here.

“Brexit will ultimately see people paying more for their goods and food items as we are largely dependent on imports. The cost of imports has risen with a drop in the value of the pound and this will have knock-on effects.

“The Westminster Tory cabinet of millionaires will surely not feel such an impact, but the ordinary man and woman on the street will.

“It boils down to one thing – Brexit doesn’t mean Brexit, it means higher costs and greater hardship.”

Meanwhile, SDLP MP Mark Durkan has reiterated his call on the British government not to begin the formal process of leaving the European Union by triggering Article 50 of the Lisbon Treaty until its proposal has been voted on in the House of Commons.

“We as a parliament have the right and the duty to ensure that we best consider how these matters are dealt with,” said the Foyle MP, whose constituency straddles the Derry-Donegal border.

This story originally appeared in the Irish Echo. To read more stories like this one, visit their website here.