Northern Ireland nationalist parties mount a challenge on the Brexit result to prevent their departure from the EU. 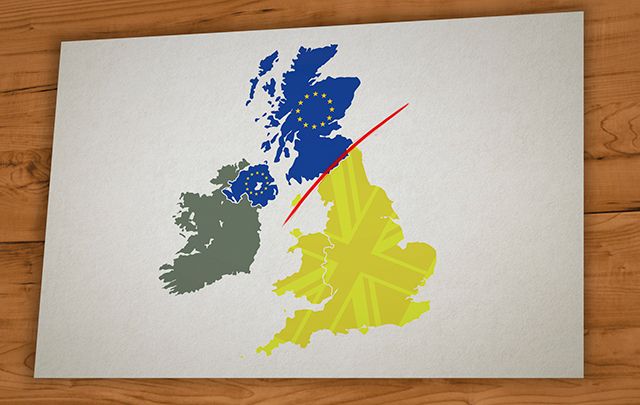 Will Northern Ireland's nationalist parties prevent their departure from the EU with Brexit? iStock

A High Court session in Belfast yesterday heard how Northern Ireland could veto its departure from the European Union despite the United Kingdom's so-called Brexit vote.

In a legal challenge presented on Tuesday, October 4, by a cross-party group of politicians from Northern Ireland and other anti-Brexit campaigners, the high court heard how Northern Ireland's departure from the EU would massively undermine the work of the Belfast Agreement (Good Friday Agreement), the peace process, and would be extremely damaging to Northern Ireland, according to the group's lawyer Ronan Lavery.

Speaking on behalf of the anti-Brexiteers, the senior barrister stated that, due to the terms laid out in the 1998 Belfast Agreement, Brexit cannot be imposed on Northern Ireland against the population’s will. Despite the Leave campaign winning a UK majority in June’s referendum with 52% of the vote, Northern Ireland voted by 56% to 44% to remain in the EU, a stance also held by the majority in Scotland, and in London, where a similar legal challenge will be mounted later this month.

Read more: Scotland out of UK? Fears for Irish peace as Brexit begins

"A change so profound as withdrawing from the EU requires consent from the people of Northern Ireland," Lavery told the court Tuesday.

“Sovereignty over constitutional affairs has been ceded [by the UK]. It is not the relationship, as it might once have been, between a dominant partner and a submissive partner.

On Sunday, British Prime Minister Theresa May confirmed that the UK will trigger Article 50 of the EU Lisbon Treaty (the move that will officially begin the divorce with the EU) by the end of March 2017, with plans to complete their departure within two years of that date. The British government asserts that they do not need parliamentary approval to initiate the formal process of Brexit as the Northern Ireland nationalist parties suggest.

Read more: British PM Theresa May is no Margaret Thatcher

Deputy First Minister Martin McGuinness has voiced his concern that Northern Ireland is set to become “collateral damage” in a face-off between the EU and the UK, predicting that many of the UK’s demands will not be met once negotiations begin. McGuinness fears this may result in a “hard Brexit,” which could see the UK leaving the customs union without a new trade agreement. This in turn could warrant the need for a 'hard border' between Northern Ireland and the Republic of Ireland so as to prevent the flow of goods in and out of the EU that have not paid the required tariffs or faced checks on rules of origin.

Such a development could be disastrous for Ireland on both sides of the border.

The prospect of a hard border has been a great source of concern for the Irish government.

Yesterday, Taoiseach (Irish Prime Minister) Enda Kenny confirmed that an all-island forum dealing with Brexit will be held on November 2. The forum will be hosted by himself and Irish Minister for Foreign Affairs Charlie Flanagan. Invitations to the forum will be extended to a range of civic society groups and businesses, as well as the island of Ireland’s main political parties.

"Now that we have clarity from Prime Minister May regarding the timetable, we will intensify our engagement and preparation for the negotiations,” Kenny said.

"Ireland faces unique challenges from Brexit, not least given the all-island issues that arise.

"I will continue to engage with Northern Ireland party leaders on the range of issues involved and I welcome the commitment of the Executive parties to working through the issues in the context of the North South Ministerial Council (NSMC)."

Although trying to downplay the prospect of a hard border in recent months, Minister Flanagan this week confirmed that it was still a possibility.

"(However,) I have been speaking to all of my 26 EU colleagues over the past few weeks, and I have impressed on them that we cannot go back to the old days of a heavily fortified border between us, because over 30,000 people cross every day."

Read more: After Brexit is an IrExit possible?

“Ultimately, the matter of the border is a decision that won’t be determined by the UK and Irish governments, irrespective of how we feel about the issue, but this will be a matter for the remaining 27 EU countries, one of which of course will be Ireland.”

The former British Deputy Prime Minister Nick Clegg has also warned that, unless the UK comes to some kind of trade agreement with the EU, a hard border is an inevitability.

“Leaving will require the introduction of new controls [a hard border] between Northern Ireland and the Republic. There is no way round that,” he believes.

The current Northern Ireland High Court hearing is scheduled to last two days with no indication of when a ruling is due. The court is also hearing the case of Raymond McCord, a campaigner for victims of paramilitary violence and the the father of a man killed by loyalist paramilitaries in 1997. McCord argues that Brexit would undermine the GFA and human rights.

Do you believe Northern Ireland’s relationship with the EU should hinge upon the Brexit vote, or should the Northern Irish population have their own say? Share your thoughts in the comment section.