Ireland's Minister for Foreign Affairs praised the work of diplomats as 15 Irish citizens and their dependents were safely evacuated from Afghanistan on October 6. 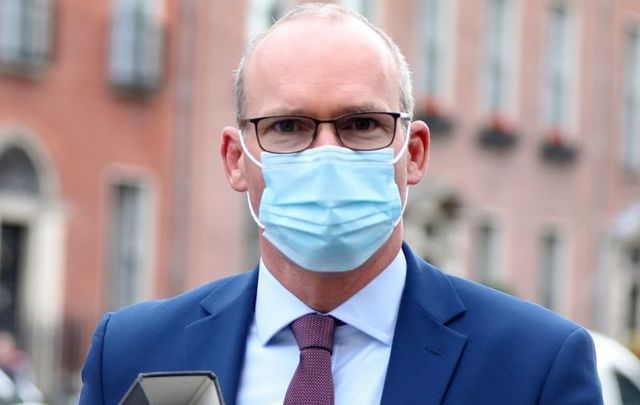 25 Irish citizens were evacuated from Afghanistan to Qatar on October 6, Ireland's Department of Foreign Affairs has confirmed.

Simon Coveney, Ireland's Minister for Foreign Affairs, welcomed the news and praised the work of the teams in Kabul and Doha:

Good news from #Qatar. An additional 25 Irish citizens or dependents have been taken safely by air from Afghanistan. Thank you to our consular team in HQ & the region for all their work. @dfatirl still actively helping others.

A statement issued by Ireland’s Department of Foreign Affairs today, October 7, says: “The Minister for Foreign Affairs, Simon Coveney, can announce that 25 additional Irish citizens and their dependents have been successfully evacuated from Afghanistan.

“The 15 citizens and 10 dependents travelled from Kabul to Doha late last night (Wed. 6th October) on a specially organised flight with the support of Qatar.”

88 Irish citizens or dependents have now been safely evacuated from Afghanistan, the Department said.

Minister Coveney said: “This is a huge relief and testament to the ability of our consular team in Dublin and the region who have worked tirelessly through diplomatic channels to access last night’s flight.”

He added: “We remain aware and in contact with other citizens who still want to leave Afghanistan, and our work with key partners will continue to achieve this. Ireland is also committed to its international obligations to help vulnerable Afghan refugees and groups of people in that category continue to arrive or be in transit.”

Speaking with RTÉ News on Wednesday night when the news was confirmed, Coveney hailed the events as a "great success."

“To get 25 seats on that plane when there was only about 130 seats on the plane is really great work by our diplomats, which they’ve been focused on now for a number of weeks," Coveney said.

“That means all but about 20 Irish citizens and dependents are now out of Afghanistan and of course we’ll keep working to make sure that we can get seats on future planes.

“It’s hard to predict when the opportunity arises because of course planes are not in and out of Kabul Airport every day, it happens every number of days or number of weeks, but when it does happen, our team needs to take advantage of that and make sure that we’ve negotiated space on those planes.

“Tonight was a success story. We have a team of people who are dispatched now to Doha to meet Irish citizens and their dependents of that plane to make sure that they are supported and assessed so that we can get them on a plane back to Ireland.

“As we’ve said, since the Afghanistan crisis happened, we will keep working with Irish citizens and their families to make sure that we find a way to get them out, those that want to leave, as soon as possible.

“And of course we’re working with many others as well - Afghan citizens who are Irish residents who are looking to try to leave. And of course, we now have well over 400 people who have been given visa waivers and refugee status to come to Ireland.

“The work in the context of helping people to leave Afghanistan who want to leave continues. We have made a good step forward this evening for Irish citizens and their family members and we look forward to welcoming them home.”

Coveney, who said it was his understanding that the 25 people are in “reasonably good condition,” vowed to “continue to stay in close contact with Irish citizens and their dependents.

“We’ll also stay in close contact with Afghan citizens who are Irish residents who are looking to come back home as well and treat them effectively as Irish citizens. We’ll keep working on that until everybody who wants to leave, who has a home here in Ireland, has the opportunity to come back.”

Coveney added: “We are now working towards opening up a new family reunification program as well which will prioritize Afghan families in Ireland currently who want to bring other family members to Ireland for their own safety. That program will involve another 500 people.”