Taoiseach Micheál Martin says that the Irish government "will do what we can to facilitate the family and other families or Irish citizens" seeking to leave Afghanistan. 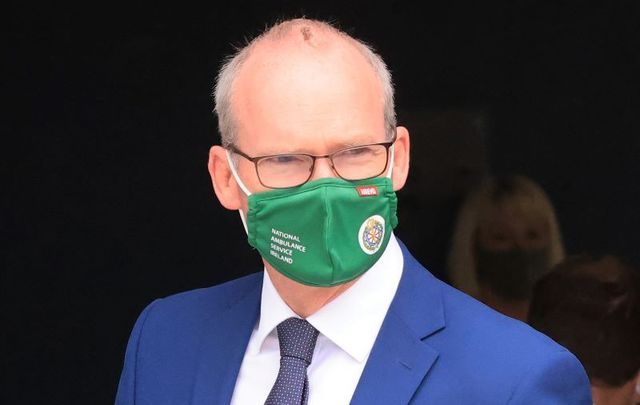 September 13, 2021: Ireland's Minister for Foreign Affairs Simon Coveney. Taoiseach Micheál Martin says Coveney will prepare a memo on a family of Irish citizens stuck in Kabul over the next week. RollingNews.ie

Roughly 80 Irish citizens are seeking to leave Afghanistan while the Taoiseach says the Irish government is working to get them to safety.

There are approximately 70 Irish citizens and dependents, in addition to 15 Afghan citizens with Irish residency rights, who are seeking to leave Afghanistan, according to the Irish Times.

On Wednesday in the Dáil, TD Cathal Crowe raised the issue of a family of Irish citizens, including a 2-year-old and a 4-year-old, who have been stuck in Kabul since July.

“The individuals are among the 60 Irish people who still need to get home,” TD Crowe said, adding, “The individuals need assurances from the Government that they can get home safely to their homeland, that their children can return to education and that they can come back to the life they have always had in Ireland.

“Will the Taoiseach please give some assurances in this regard in the Dáil today?”

Taoiseach Micheál Martin responded: “The Deputy should rest assured that we will do everything we possibly can as a government to facilitate the safe return to our country of Irish citizens.

“I do not have the name of the person to which the Deputy referred but the Minister for Foreign Affairs will bring a memorandum to the Government next week in respect of this.

“The Deputy should not doubt that we will do what we can to facilitate the family and other families or Irish citizens who need to come back.”

Earlier in the week, it was confirmed that the Irish government has granted permission for 330 Afghans to come to Ireland under the Irish Refugee Protection Programme. There are also plans to permit another 500 Afghans entry to the country in the coming months under a separate humanitarian scheme.

In the wake of the Taliban take over of Afghanistan, Ireland's Minister for Foreign Affairs Simon Coveney confirmed on August 23 that an Emergency Consular Assistance Team (ECAT) was being deployed to Kabul to assist Irish citizens evacuating from Afghanistan. The team was withdrawn on August 26, while remaining Irish citizens in Afghanistan were advised not to travel to Kabul Airport.