"We cannot allow the women and girls of Afghanistan to be deprived of these rights," Mary Robinson told the UN Security Council. 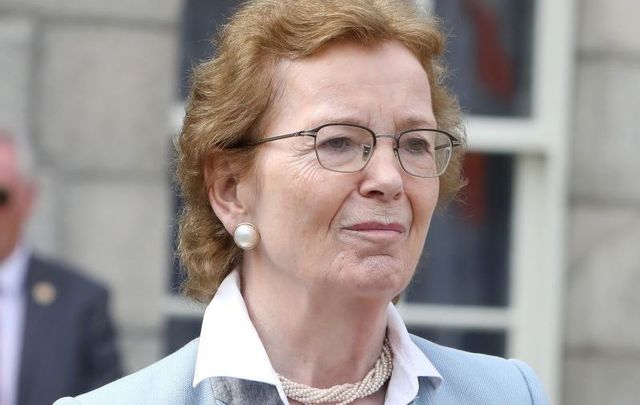 Mary Robinson, the former President of Ireland and the current chair of The Elders at the UN, pictured here in 2018. RollingNews.ie

Mary Robinson, the former President of Ireland who now serves as the chair of The Elders at the UN, called for the protection of girls and women in Afghanistan during a briefing to the UN Security Council on September 7.

Addressing the Security Council, which Ireland holds the presidency of for the month of September, Robinson recalled a visit to Afghanistan in 2002 when a group of Afghan women launched their charter of women’s rights.

The rights outlined in the charter, Robinson said, “are fundamental human rights that these Afghan women had reclaimed in accordance with their cultural values.

“In the almost 20 years since, hard-won gains in gender equality and women’s rights have been secured through constitutional, legislative, and policy changes.

“We cannot allow the women and girls of Afghanistan to be deprived of these rights, including the right to leave the country. Members of the Security Council cannot fail them.”

She added: “I call, in particular, on China and Russia, in your dealings with the Taliban, to encourage them to recognise that the participation of women in society and the education of girls on an equal basis with boys, is non-negotiable and must be respected.”

Reminding the Council of their important responsibilities, Robinson said that “a united and purposeful Security Council is needed now more than ever.”

Robinson, who served as President of Ireland between 1990 and 1997 and later as the United Nations High Commissioner for Human Rights from 1997 to 2002, was speaking the same day that the Taliban announced its new, all-male interim government in Afghanistan.

On Wednesday, it was reported that members of the Taliban used whips and sticks against a group of women protesting in Kabul.

One woman at the protest told CNN: "We are asking the international community, especially those who during the last 20 years tried to provide women with their rights, where are those defenders of women rights today?"