Bilal, an Afghan interpreter now living in Australia, was told by the Taliban that he had one month to return to Afghanistan or his family there would be killed. 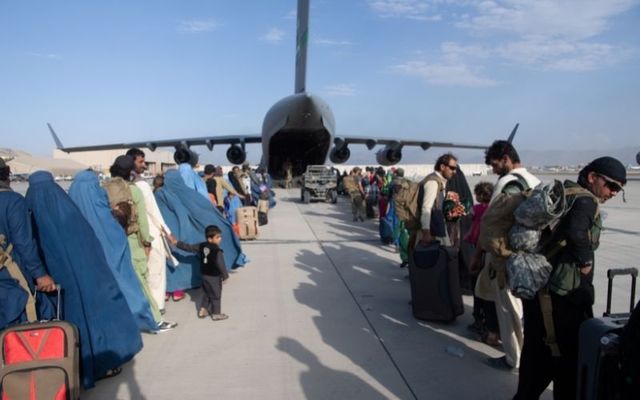 An Afghan interpreter who worked with the British Army during the war in Afghanistan has revealed that his emotions are "out of this world" after his family was granted refugee status in Ireland.

Now living in Australia, Bilal worked with the British Army in Helmand Province in 2012 and was told that he had one month to return to Afghanistan or the Taliban would kill his family.

However, his mother, five siblings, brother-in-law, and niece are now in a safe place ahead of an evacuation to Ireland.

Bilal served with Northern Ireland naval officer Tim McCullough, who was instrumental in coordinating the visa process, according to BBC News.

Bilal said that he broke down in tears when McCullough informed him that his family's visas were taken care of.

"The emotions are out of this world, I broke down in tears when Tim told me that the visa was confirmed," he told BBC Radio Ulster.

"I was very shocked, very emotional, and, of course, very happy, it was almost an unbelievable situation."

He said that he has talked to his family, who are now in a "safe place".

Bilal told BBC Radio Ulster that he was prepared to return to Afghanistan and risk his life to save his family but said that he was unable to do so because there were no flights available.

"The last thing I wanted was for my family to be in danger and I leave them behind and be here in Australia," he said.

Bilal said that he has not seen his mother for two-and-a-half years since leaving Afghanistan.

McCullough, who is from Bangor in County Down, told BBC Radio Ulster that he was on "cloud nine" when he was able to tell Bilal that his family was being evacuated to Ireland.

"It's just brilliant the fact that his family woke up this morning to be able to think: 'We're going to have a brand new life, a safe life'," McCullough said.

McCullough said that the process of securing visas for Bilal's family has been complex but credited the Irish and British Governments for their "immense" support.

On Monday, Ireland's Minister for Foreign Affairs Simon Coveney said he and his team were "happy to help" in Bilal's situation:

The Irish Department of Justice has granted asylum to 250 Afghan citizens since the Taliban stormed Kabul in mid-August, while it prioritizing 150 cases of family reunification.