There could be an early lift of travel restrictions in Ireland following a steady decrease in numbers of deaths and confirmed illnesses from the Covid-19 coronavirus. 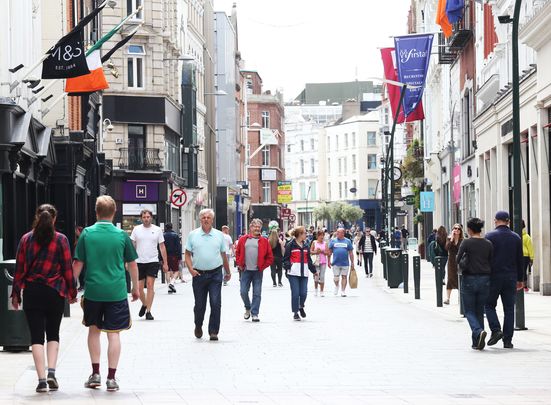 Travel limits are set to increase from five kilometers to 20 kilometers from next Monday, and further allowing people to travel across Ireland from July 20.

But the government may accelerate the process at a Cabinet meeting this Friday, despite continued opposition from health chiefs. There is public expectation that nationwide travel will be permitted from June 29, a month earlier than originally planned in the recovery roadmap.

A number of ministers are reported in The Irish Times to favor earlier easing of the nationwide travel restrictions, to help the domestic tourism sector avoid a total 2020 wipeout.

The mounting political pressure for easing the restrictions follows an epidemiological report from the Health Service Executive (HSE) published on Sunday for the week of May 21 to 28.

It showed six counties, Kerry, Meath, Sligo, Donegal, Meath, and Wexford, were free in the entire week of new outbreaks of coronavirus and several other counties had low increases as the Covid-19 disease continued to be suppressed nationally.

Government sources said that no decision had been made about easing restrictions earlier than was planned, but a number of politicians saw some flexibility in comments by Taoiseach Leo Varadkar that no decision on date changes will be made before next Friday’s Cabinet meeting.

Senior figures in Fianna Fail, expected to be part of a new government within weeks, have questioned the ban on nationwide travel remaining in place until the end of July.

Fianna Fail TD Robert Troy told RTE that while scientific advice had to be respected, other considerations had to be put into the mix. He said, “We have to look at an accelerated opening up of the economy”.

Former Taoiseach Bertie Ahern said that actions scheduled for phase five of the roadmap to recovery, which included larger gatherings such as weddings, full-contact sports, cinemas, theaters, spectator sport, and hotel bars, could be brought forward from August 10 to phase four on July 20.

Read more: Tourists may have to take COVID tests at Irish airports

In Northern Ireland, where the coronavirus death level has remained low for more than a week, a decision was finally made on Monday that hotels will be able to reopen from July 20, the same time as they reopen in the Republic.

First Minister Arlene Foster and Deputy First Minister Michelle O’Neill last week failed to give a date and caused confusion when they said hotels could start taking bookings “at risk.”

But on Monday their Economy Minister Diane Dodds announced July 20 as the official reopening date so long as the incidence of Covid-19 remains under control.

Northern Ireland Hotels Federation chief executive Janice Gault welcomed the move. She said, “There is more work to be done around the details of the opening. We will continue to work in a collaborative manner so that the visitor economy, including the hotel sector, can return to business and help restore the Northern Ireland economy.”