The number of overseas tourists visiting Ireland has almost totally collapsed during the pandemic. 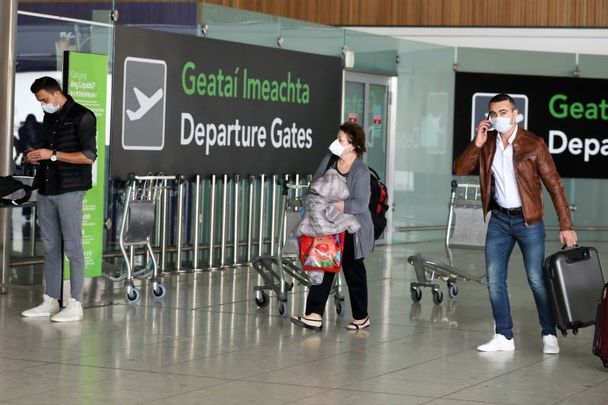 Ireland's statisticians call it an "unprecedented collapse in overseas travel to and from Ireland." Rolling News

Travel between Ireland and the USA fell by 99% in April due to travel restrictions during the COVID-19 pandemic, according to a new report.

The number of overseas tourists visiting Ireland has almost totally collapsed during the pandemic with just over 16,000 people traveling through the country's ports and airports in April - less than 1% of normal figures.

More than half of all travelers (9,300) this April came from Britain while just 1,100 people flew to Ireland from America.

More than 150,000 traveled from the USA to Ireland at the same time last year.

There were also 1,200 visitors from the Netherlands while not a single visitor entered Ireland from Spain, Italy, or Switzerland.

The CSO called it an "unprecedented collapse in overseas travel to and from Ireland," according to the Irish Independent.

Irish people are also traveling far less as the Department of Foreign Affairs advises against all non-essential overseas travel during the COVID-19 pandemic.

Around 500 people flew to the United States this April,  compared to 158,000 at the same time last year.

Britain was the most popular destination for people traveling from Ireland during April, with 8,800 people making the short trip across the Irish Sea. That figure, however, is down from more than 660,000.

There is some optimism that overseas travel will begin to grow again in July with several European countries poised to open their borders to foreign travelers due to their positive numbers in the fight against COVID-19.

Ryanair plans to operate 40% of its summer schedule by July 1 after popular destinations like Spain confirmed that it would reopen its borders.

Aer Lingus, which currently offers flights to three US destinations during the pandemic (New York, Boston, and Chicago), is selling tickets for flights from Dublin to Los Angeles, San Francisco, Orlando, Washington DC and Hartford, Connecticut from July 20.

However, some European countries, like Greece, have excluded Irish tourists from visiting when borders reopen due to the high number of coronavirus cases in Ireland.

Croatia, meanwhile, is also opening up its borders later in the summer, but Irish tourists will have to fill out paperwork and provide a reason for their trip if they wish to visit the country.