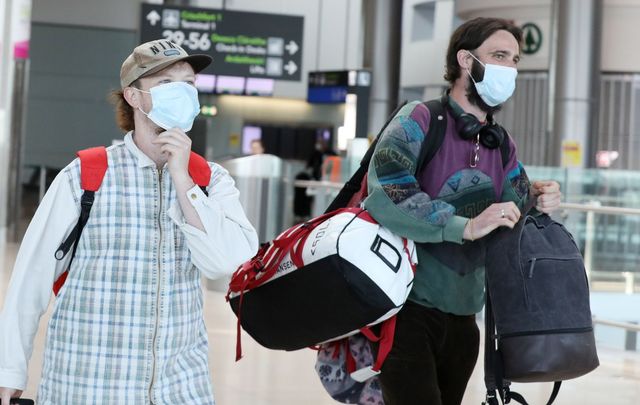 Ireland's government is considering the use of rapid COVID-19 tests at airports to boost tourism.

Having studied testing regimes in Austria, Greece, and other countries the Irish government is considering the implementation of rapid coronavirus testing at airports, when hotels reopen, in a bid to boost tourism.

The Sunday Times reports that Junior Tourism Minister Brendan Griffin has said the Department of Transport, Tourism and Sport are considering this move as an alternative to the current 14-day imposed quarantine.

Griffin told the Times “I think there is merit in examining testing at points of entry that is happening in other countries to see if it could be applicable here. I have asked officials to advise us what our options might be."

He continued "This is exploratory, but it will be an all-round win if it provides reassurance to potential domestic holiday-makers and host communities, as well as to overseas visitors, that people in tourist areas are not carrying the COVID-19 infection.”

Last week figures released by the Central Statistics Office (CSO) showed that the number of overseas tourists visiting Ireland has almost totally collapsed during the pandemic with just over 16,000 people traveling through the country's ports and airports in April - less than 1% of normal figures.

As social restrictions in Ireland begin to ease opposition political parties, along with trade groups have stepped up their campaign to speed up the reopening of businesses.

Micheál Martin, the Fianna Fail leader, has backed the calls from restaurateurs and hoteliers for cafés and restaurants to be allowed to reopen on June 8 instead of June 29 and to allow hotels to admit overnight guests on June 19 instead of July 20.

On June 8 the people of Ireland's restriction on movement will be changed from the current 5km to 20km. Martin is calling on this limit of movement to be lifted completely.

Martin said: “If we were to get a second wave [of infection] next winter, then the idea of being on a very restrictive regime right through until then would take a huge toll on mental health. There is an opportunity over the next few months to just free it up a bit more in terms of personal movement and also reopening the economy.”

He added, “I don’t want to see any undue delay in returning to business.”

However, last week, when asked about the possibility of re-opening Shannon airport to facilitate flights from Europe, via Shannon, on to the United States, Taoiseach Leo Varadkar said this would take "months rather than weeks"

He said “We currently have 14-day quarantine for people coming into the country.

“We’d like to get to a point at some stage in the future and I’m talking months rather than weeks where we can lift that quarantine requirement if people are flying to and from another country where the virus has been successfully suppressed, and then we wouldn’t need to do testing at all.

“But as things stand neither Britain nor America is one of those countries.”

Currently, in Austria and Greece, who both impose a 14-day quarantine upon arrival, they have introduced testing which will allow travelers to bypass this.

In Greece, travelers can get throat swabs at airports and then spend 24 hours in a dedicated quarantine room to await their results.

In Austria, travelers can pay €190 for a COVID-19 polymerase chain reaction (PCR) test at airports. The must only wait three hours for the results before moving on if the test is negative.

Already Ireland has plans to field test the Health Service Executives new COVID-19 contact tracing app. Tests are set to begin this week as the Gardaí  will be offered 2,000 downloads of the prototype.

This new app will then record any close contacts the app holders have with other gardai, who also have the Bluetooth technology app.

What do you think? Would you be willing to take an airport test if it meant you could holiday in Ireland?