Gerry Adams is being accused of having "directed a series of IRA bombings as a senior member, if not the leader, of PIRA between 1973 and 1996" by three victims. 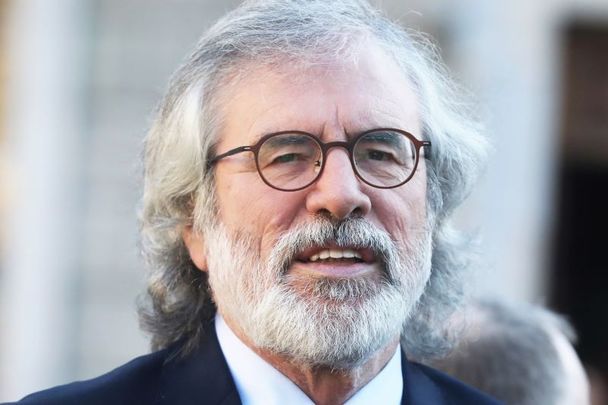 Gerry Adams, the former leader of Sinn Féin, is to face legal action in the London High Court for his alleged role in IRA terror attacks in Great Britain.

Three victims of the attacks in Manchester and Docklands in 1996 and the Old Bailey car bombing in 1973 are seeking damages of £1 in a landmark case, according to the Mail on Sunday newspaper.

The victims claim that Adams "directed a series of IRA bombings as a senior member, if not the leader, of PIRA [Provisional Irish Republican Army] between 1973 and 1996."

Jonathan Ganesh,  a security guard injured in the 1996 Docklands attack in London, told the newspaper they had to act now because of the UK Government’s plan to deliver what amounts to an amnesty to anyone involved in incidents linked to the Troubles.

"We have to make a stand and get justice for the victims. Not just my friends who died at Canary Wharf, or the three of us, but all victims of the IRA’s despicable campaign.

"It’s not about any money, which is why we’re only claiming for £1 – it’s about the principle. It’s a historic moment. And Gerry Adams will have a chance to defend himself in court and answer the allegations," Ganesh said.

Adams, 76, has always denied any membership with the IRA and has refuted any involvement in their terror campaign during the decades of the Troubles.

A spokesman for the former Sinn Féin leader said, "Mr. Adams rejects the claims made in the notice of legal action. His solicitor will deal with it."

The other claimants bringing the legal case against Adams are John Clark, a former police officer who was injured in the Old Bailey bombing in 1973, and Barry Laycock, a rail worker injured by the truck bomb detonated in Manchester in June 1996.

The action is being funded through CrowdJustice, an online fundraising platform specifically designed for legal action. As of Tuesday morning, the fundraising page had received £11,484 of its £100,000 goal.

Matthew Jury, of the law firm McCue Jury & Partners, who is representing the three claimants, said, “It’s an opportunity for Mr. Adams to give his full and honest account of his part in The Troubles. If not, then it will be for the court to decide what role he played.”

Twice in the 1970s, Adams was held on suspicion of IRA membership but has never been prosecuted.

In 2014, he was questioned for four days by police investigating the murder of Jean McConville, a 37-year-old widow, and mother of ten who was abducted from her Belfast home in 1972, shot, and secretly buried. Adams was released without charge.