Donald Trump's visit to Co Clare in Ireland in August will see a "major policing operation." 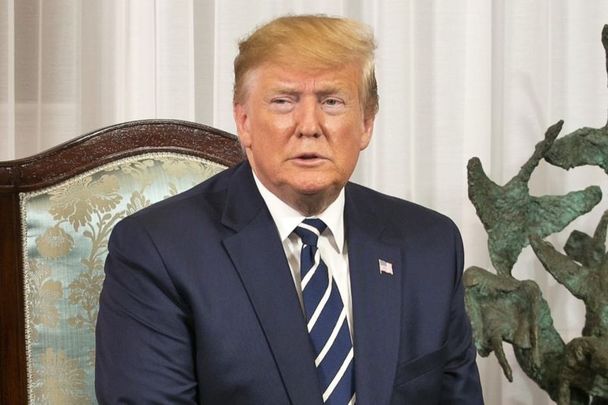 June 5, 2019: President of the United States of America Donald Trump at Shannon Airport, Ireland answering questions to reporters before he had a private meeting with An Taoiseach. RollingNews.ie

Former US President Donald Trump plans to arrive in Ireland by private jet sometime from August 25 and leave the county before August 30. Trump and his family will stay at his five-star golf resort, Trump International Golf Links & Hotel, in Doonbeg, Co Clare.

Security for Trump's upcoming trip to Ireland is already being planned, a source has told the Irish Mirror.

They said, "He’s expected to fly into Shannon Airport and he will be staying at Doonbeg for two or three days to play golf.

“As such, he will have close protection and a visible security detail with him who will work in conjunction with a number of units from An Garda Síochána [Irish police].”

Another source stated: “He’s bringing a massive entourage with him and some of the family members are expected to travel too.

“He’s not on an official visit but because he’s a past President, it’s being treated with the utmost priority. Doonbeg and roads leading into the area will be scoped out in advance. Major Garda checkpoints will be in force in the lead-up to and throughout the short visit.

“Former US Presidents receive Secret Service protection for the rest of their lives so they will be communicating with high-level officials in Ireland and Gardaí.”

Before arriving in Ireland, Trump and his entourage will also visit and play golf at his Scottish resort, Trump Turnberry.

Trump last visited Ireland in 2019 with his two sons, Eric Trump and Donald Jnr. During their trip, they walked around Doonbeg village and visited four different pubs. The then president also posed for photos with local school children.

Trump is currently making headlines as the House of Representatives committee is investigating the extent of his involvement in the Capitol Hill riots, on January 6, 2021.

Trump has repeatedly claimed that Joe Biden won the 2020 elections via fraudulent means. He has also hinted at running for President again in 2024.