Donald Trump acquired the Doonbeg property in Co Clare for $20 million in 2014 and has posted $18 million in operating losses at the resort. 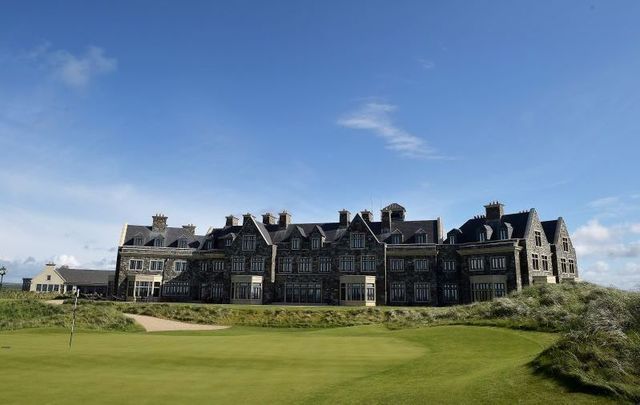 Donald Trump has taken an $18 million loss since buying his luxury golf resort in Doonbeg, County Clare in 2014, according to a recent Forbes analysis.

Trump acquired the property for $20 million in 2014 and spent a further $13 million developing the resort between 2014 and 2019 but still took a $14 million loss in the five-year period.

The resort made a further $4.4 million loss during 2020 despite availing of roughly $600,000 in Irish Government pandemic subsidies.

In 2020, The New York Times reported, after viewing 15 years of Trump's tax returns, that Trump reported $315.6 million worth of losses at his golf courses around the world since 2000.

In 2017, Trump, who had been recently elected as President of the United States, said he "couldn't care less" about his resort in Doonbeg.

"I own a big property in Ireland, magnificent property called Doonbeg," he said during a joint interview with the Times of London and the German newspaper Bild in January 2017.

Trump has encountered similar financial difficulties in his two Scottish resorts at Turnberry and Aberdeen.

Trump Turnberry, the jewel in Trump's European golf crown, has posted losses of $68 million losses since the former President bought the property for $65 million in 2014.

Trump has now recorded more than $100 million in total losses since purchasing the three European resorts, according to the Forbes report on his British and Irish financial filings.

A Trump Organization representative later responded to the Forbes report, stating that the $100 million figure was "dishonest and incredibly misleading".

The representative noted that Forbes counted non-cash items such as depreciation and foreign exchange and said that combined losses at the three sites are closer to $35 million without those factors.

However, the Trump Organization includes both depreciation and foreign exchange in "operating losses" in its own financial reports.

The combined value of Trump's three resorts is estimated to stand at $181 million despite more than $240 million worth of investment.