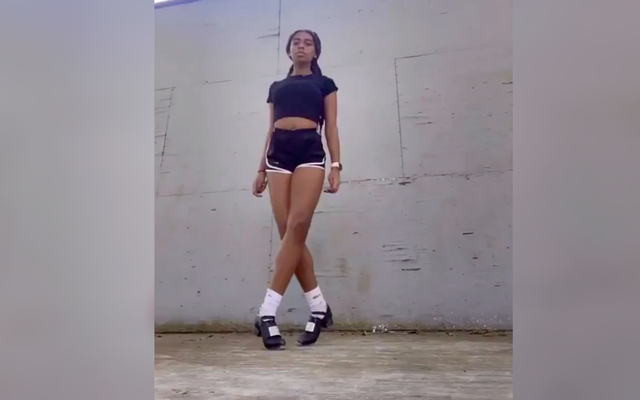 Morgan Bullock, an Irish dancer accused of cultural appropriation online for her inventive routines, has been invited by the Taoiseach to Ireland for St. Patrick's Day 2021.

Morgan Bullock, an Irish dancer from the Baffa Academy of Irish Dance in Virginia, has spoken out about the online abuse she received having posted her Irish dance videos to the social media platform, TikTok.

Responding to Bullock's story, An Taoiseach (Prime Minister) Leo Varadkar said on Twitter "Maith thú [Well done] @Morrghan! Some brilliant moves there. Hope you can dance in Ireland for St Patrick’s Day 2021. We’d love to have you over."

Maith thú @Morrghan! Some brilliant moves there. Hope you can dance in Ireland for St Patrick’s Day 2021. We’d love to have you over. https://t.co/5Psqz6s9CG

The Embassy of Ireland to the US also responded by saying Ireland is fortunate “to have such talent here devoting themselves to Irish dancing”.

“You are better than good at what you do. And you are a credit to both our nation and yours.”

As Ireland’s Embassy to the United States, we can tell you how fortunate we feel to have such talent here devote themselves to Irish dancing. You are better than good at what you do. And are a credit to both our nation & yours. Lean ort!

Bullock told RTE that her video had received "a lot of love and support" but said there was also a negative reaction to the video. She said, "people are failing to recognize the difference between cultural appropriation and cultural appreciation."

The Irish dancer said she appreciates Irish culture and dancing was participating in a very respectful way. She also added that most of the racist comments were coming from Americans.

She also added that by responding to these comments her video had racked up a lot more attention. At the time of publication, the video has over 440k views having shared by hundreds including Tina Knowles, Beyonce's mother.

In response to the negative comments Bullocks posted the following statement:

“If you think that a black girl Irish dancing is some form of cultural appropriation, then you clearly don’t know much about Irish dance and what is became over the years. There are Irish dance schools all over the world, including Mexico, China, and Africa.

"It has become a very widespread sport in which participants become immersed in the culture, whether or not it is based on ethnicity.

“Irish dance has taken me all over the world. I have been to Ireland multiple times and I was met with so much love and support.”

Well done Morgan!! We're looking forward to having you dance in Ireland in 2021.

Do you think the idea of cultural appropriation has gone to far? Let us know what you think in the comments below.