A letter from President Biden about his Irish American upbringing will be featured as part of NYU's Glucksman Ireland House Annual Virtual Gala on February 23. 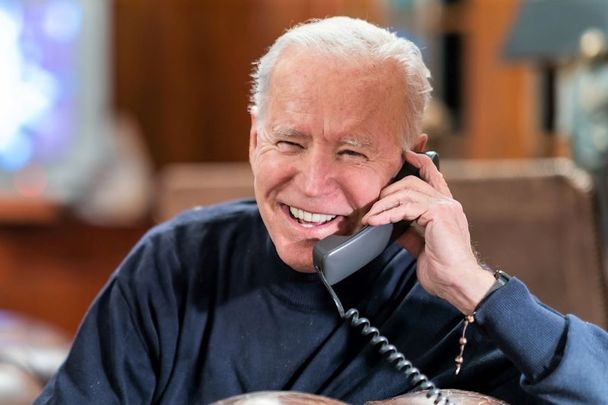 Glucksman Ireland House at New York University today announced that it will be sharing a special message that it has received from President Biden at its Annual Virtual Gala which takes place tomorrow, Tuesday, February 23, 2021, at 7 pm EST.

In his letter, President Biden speaks of his “Irish American family that imbued in me a sense of pride that spoke of both continents, a heart, and soul that drew from the old and new—a pride in community, faith, and above all, family.”

President Biden, who in his letter also addresses the students of Glucksman Ireland House, states that he looks forward to working with the Taoiseach, Micheál Martin TD, who will speak at the Gala: “We have much to do to address the great challenges of our time—this deadly pandemic, the economic unease and anxiety, the climate crisis, and the rise of political extremism and risk of isolationism.

"Let us work together so we are the nations where hope reigns with an optimism that is brave and digs deep.”

The full text of the letter will be shared at the Glucksman Ireland House Gala at 7 pm on February 23.

The Chair of Glucksman Ireland House, Loretta Brennan Glucksman, said: “We are grateful for the special message from President Biden who is such a beloved and celebrated Irish American.

"We are delighted that we will be joined on Tuesday by the Taoiseach (Prime Minister), Micheál Martin TD. as we celebrate the best of Ireland and Irish America, including our three distinguished honorees, our students, and faculty, and stars of Irish music, song, and dance.”

Ms. Brennan Glucksman continued: “This is always a fun and inspiring event so please join us and encourage others to do so. This year, we are delighted to make the online Gala free and open to all in our community, near and far.”

The distinguished honorees for the 2021 Glucksman Ireland House Virtual Gala  are:

Former President of Ireland, The Hon Mary McAleese, Chancellor of Trinity College Dublin, who will receive The Seamus Heaney Award for Arts and Letters. Like Seamus Heaney, the two-term President grew up in Northern Ireland during “The Troubles” and made and continues to make a significant contribution to peace, justice, equality, and reconciliation. The Award will be presented by the writer Marie Heaney.

Anne M. Finucane, Vice Chairman, Bank of America and Chair, Bank of America Europe, who will receive The Lewis L. Glucksman Leadership Award. The Glucksman award is presented annually to an outstanding business leader and philanthropist in honor of Lew Glucksman, who founded Glucksman Ireland House NYU in 1993 with his wife Loretta Brennan Glucksman. The award recognizes Ms. Finucane’s global leadership and commitment to promoting both Ireland’s culture and racial equality, including Bank of America’s $1 billion commitment to advance racial equality. The award will be presented by Ms. Brennan Glucksman.

Dan Barry, prize-winning reporter and columnist at The New York Times and author of several books, will receive the inaugural Pete Hamill Award for Journalistic Excellence. The Pete Hamill award will be given each year to a journalist who embodies Pete’s hard-hitting eloquence and enduring commitment to stand against ignorance and bigotry and advance the cause of equality and social justice. The award will be presented by Peter Quinn.

Amongst the talented Irish artists who will perform are Morgan Bullock, Mick Moloney, Athena Tergis, Joanie Madden and Cherish the Ladies, and Sir James Galway.

The Director of Glucksman Ireland House, Professor Kevin Kenny noted, “During this unusual and difficult academic year, we continue to pursue our mission of scholarship and teaching with an emphasis on social justice and diversity. We are especially proud of our Black, Brown and Green Voices Project, an archival documentation and public humanities initiative that gives voice to the diversity of the Irish diaspora.”

Ted Smyth, President of the Advisory Board of Glucksman Ireland House, said, “I would like to thank our Advisory Board and our generous donors who are supporting Glucksman Ireland House’s vital academic and public outreach activity. This year a special donation will be made to the NYU Student Emergency Fund to assist those suffering hardships from the health crisis."

The President of New York University, Andrew Hamilton, said, “The work of our honorees, the political moment and the tremendous community that supports the scholarship and output of Glucksman Ireland House, these are wellsprings of optimism and hope.”