The Ancient Order of Hibernians has reminded Senator Tom Cotton of the US's "special relationship" with Ireland in the face of Brexit. 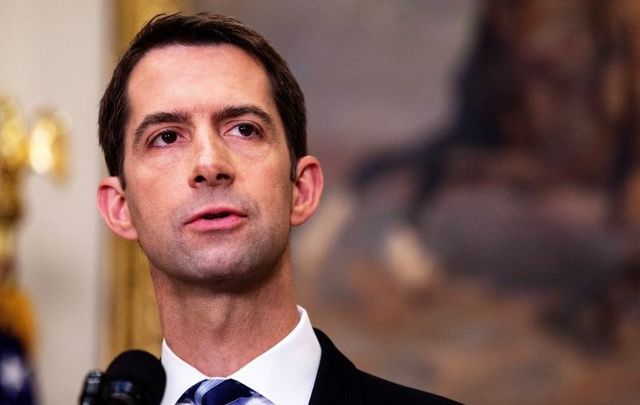 In response to a letter written by Senator Cotton and signed by 44 members of the Senate  pledging “unwavering support” to Britain in the event of a hard Brexit, the Ancient Order of Hibernians express their concern that Senator Cotton’s letter makes no mention of the central issue of Brexit, the Irish Border, and the preservation of the Good Friday Agreement.

The letter, signed by National President James McKay III and Political Education Chair Neil Cosgrove and sent to Senator Cotton and cc'ed to the other signatories, states:

We write to you Senator Cotton regarding your 8/3/19 letter to Prime Minister Boris Johnson assuring “(Prime Minister Johnson) and the British people of our continued, unwavering support for the special relationship between our two countries as Britain leaves the European Union” and pledging to “minimize disruptions in critical matters such as international air travel, financial transactions, and the shipment of medicine, food, and other vital supplies” in the event of a hard Brexit.

The Hibernians are concerned by the conspicuous absence in your letter of any consideration of the central Brexit issue of the Irish border or the impact of Brexit on the people of Ireland.

Self-determination is as much the inalienable birthright of the people of Northern Ireland as it is of Britain.  Despite Northern Ireland democratically rejecting Brexit by a clear majority, the community of Ireland, as the U.K.’s only land border with the E.U., is being asked to disproportionately shoulder the damaging consequences of Brexit.

For over two decades, the Good Friday Agreement has rendered the border between Northern Ireland and the Republic of Ireland to little more than cartographic trivia; it has been as visible as the Equator. The integration of the economies and communities of the isle of Ireland has been the foundation for over twenty years of peace after thirty years of violent conflict.

A post-Brexit hard border in Ireland will dramatically impact the daily lives of the citizens of Northern Ireland unlike anywhere else in the United Kingdom; from the economic disruption to businesses whose supply and manufacturing chains cross the currently nominal Irish border multiple times to simple daily activities such as students going to school or the sick seeking medical treatment.

We respectfully remind you, Senator Cotton, that the United States and the people of Ireland have a “special relationship” which far predates that with the United Kingdom. George Washington once described Ireland as “Ireland, thou friend of my country in my country's most friendless days… accept this poor tribute from one who esteems thy worth."

Before “(the United States and Great Britain) toppled tyrants and liberated the oppressed,” as you state in your letter, an immigrant from County Derry serving as Secretary of the Continental Congress helped draft a Declaration of Independence from a tyrant which was then printed by an Irish Immigrant from Tyrone; Brexit now threatens the birthplaces of both these patriots.

As a facilitator and guarantor of arguably one of the most significant diplomatic achievements in history, the Good Friday Agreement, the United States and the people of Ireland share a very "special relationship” in the cause of peace which must be jealously guarded.

The Ancient Order of Hibernians does not oppose trade, nor the desire of the people of Britain to leave the E.U. provided that the people of Ireland are not sacrificed as innocent victims on the altar of Brexit expedience.

Respectfully, we ask you and your 44 Senate colleagues to publicly commit, as you have recently done to Prime Minister Johnson, to the preservation and fulfillment of the Good Friday Agreement and to reject the repartitioning of Ireland by a post-Brexit hard border.