The Ad Hoc Committee to Protect the Good Friday Agreement says it "stands ready to support" its member Joseph Kennedy in his mission as Special Envoy to Northern Ireland. 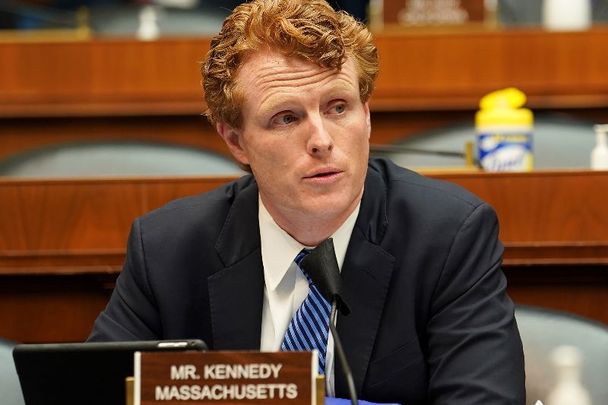 The Ad Hoc Committee to Protect the Good Friday Agreement has welcomed the appointment of Joseph Kennedy III as the next US Special Envoy to Northern Ireland.

Kennedy, who was named to the role on December 19, joined the Ad Hoc Committee to Protect the Good Friday Agreement earlier this year.

The role of US Special Envoy to Northern Ireland had been vacant ever since January 7, 2021 when Mick Mulvaney resigned. Irish American groups have since been urging Biden to fill the position.

Great appointment of @joekennedy to be Special Envoy to Northern Ireland. Securing a Special Envoy has been a top priority for us & delighted to say that Joe is a member of @HocGfa. @USAmbIreland, @USAinNI @IrelandEmbUSA @RepRichardNeal @CongBoyle

In a statement issued on December 20, the Committee said: "We applaud the decision by President Biden to appoint Cong. Joe Kennedy III to be the new Special Envoy for Northern Ireland.

“Support for the Good Friday Agreement has always been a bipartisan goal of the U.S. Congress and I am sure that Joe Kennedy III will keep his former colleagues in the Congress informed about his progress."

Cong. Bruce Morrison, who also co-chairs the Ad Hoc Committee, stated: “Over the last two years, the Administration has shown great skill and determination in its effort to reduce the political tensions in Northern Ireland and to encourage the UK and EU to resolve their difference around the Protocol.

“The Ad Hoc Committee stands ready to support Cong. Kennedy’s mission even as we continue to address legacy issues and encourage the full implementation of the Good Friday Agreement including the creation of a Civic Forum and the development of a Northern Ireland Bill of Rights, both of which are long past due.”

The Ad Hoc Committee was formed in 2019 by leading American political leaders and diplomats who have a long-established history of supporting the peace process in Northern Ireland.

The Committee is in regular contact with Irish and British diplomats and key members of the National Security Council and the US State Department. The Committee is closely monitoring the current UK/EU Brexit negotiations and is actively opposing the sweeping amnesty proposals put forward by the Northern Ireland Secretary of State based on its direct conversations with victims and survivors of the Troubles.