New survey finds that majority of people in Ireland are in favor of Irish unification. 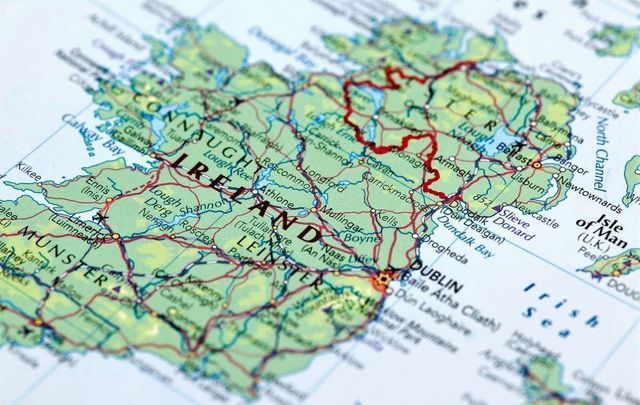 Seventy-seven percent of Irish people between the ages of 18 and 24 years old have said that they are in favor of a United Ireland, according to a recent survey commissioned by LottoLand.

Read More: It has to be a united Ireland poll or nothing after Brexit fiasco

The Belfast Telegraph reports on the survey, commissioned by LottoLand and conducted by Empathy Research, which was surveyed a sample of over 1,000 people chosen from all age groups, social classes, and regions online.

The question on the survey was framed in terms of unity in the aftermath of Brexit.

The results of the survey showed that 62 percent favor a united Ireland, 28 percent are against it, and 10 percent saying they would not vote in such a referendum.

Graham Ross, Lottoland’s Irish Country Manager, told the Irish Mirror: “With the DUP playing such a prominent role in the Brexit impasse, we thought it was high time that someone gauged the mood music around this age-old thorny subject.”

“There is no doubt that Brexit has been a catalyst for mainstreaming the debate now underway, where people of all shades of opinion are considering the benefits of remaining within the United Kingdom against the merits of staying within the European Union through a unified Ireland.”

“What Brexit means – Deal or No Deal - is that a United Ireland is no longer a long-term aim.”

However, DUP MEP Diane Dodds said: "The people of Northern Ireland want a functioning Assembly and Executive rather than a divisive border poll.”

"While most people want decisions made about their GPs, mental health services, schools and hospitals, Sinn Fein is focused on a united Ireland.”

"They are out of touch with the priorities which matter to people," she added.

"Northern Ireland's future is best placed in the Union. Just look at our free NHS. Who would want to leave a health system which is free at the point of need? That's even before you consider the economic, defense, diplomatic, social, historical and cultural reasons for being part of the United Kingdom."

Calls for a confirmatory Brexit referendum

In a joint letter that appeared in The Guardian, former UK Prime Minister Tony Blair and former Taoiseach Bertie Ahern called for a second “confirmatory” referendum.

They wrote: "Following the Good Friday Agreement, there were two referendums.”

"The referendum in Northern Ireland, on the Agreement, based on facts, not promises, clarity not ambiguity, received a 71% yes result. The related referendum in the Republic of Ireland achieved a 94% yes.”

"There is now time for a confirmatory referendum given the EU has expanded the Brexit deadline to 31 October.”

"It is this that must be pursued, and May should take the lead in that process.”

Do you think a United Ireland will happen as a result of Brexit? Let us know in the comments