Speaker Pelosi has warned Britain that any attempt to re-introduce a hard border in Northern Ireland will result in no new trade deals with the UK. 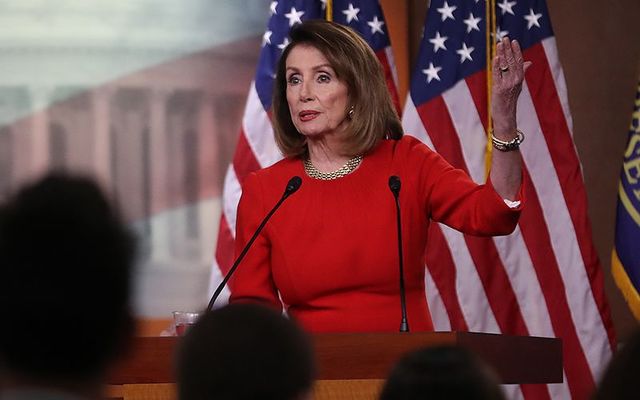 Speaker Nancy Pelosi’s extraordinary commitment to Ireland and the Good Friday Agreement came during a speech to the London School of Economics. She is leading a United States Congressional delegation that takes in Ireland and Britain.

She is accompanied by Congressman Ritchie Neal who as Chairman of the House Ways and Means Committee has oversight over any foreign trade deals.

She warned the US will not strike a major trade deal with the UK after Brexit unless the threat of a hard border in Ireland is removed.

"We made it clear to all, if there is any harm to the Good Friday accord, no (trade) treaty," she said.

"I have to say though every single person, including Theresa May who we spoke to on the phone, everyone said don't even worry about that, it is unthinkable that we would even go there."

“On Brexit ... we made it clear that if there as any threat to the Good Friday Agreement, there will not be a trade agreement between the US and the UK” #LSEPelosi

Read more: It has to be a united Ireland poll or nothing after Brexit fiasco

President Donald Trump, a supporter of Brexit, has said he is prepared to enter a “large scale” trade agreement with the British.

However, during Taoiseach (Prime Minister) Leo Varadkar’s visit to the White House for St. Patrick’s Day the President stated he’d like to see the whole situation with Brexit “work out”.

“We can do a very big trade deal with the UK,” Trump said.

He also tweeted: “My Administration looks forward to negotiating a large scale Trade Deal with the United Kingdom. The potential is unlimited! [sic]” 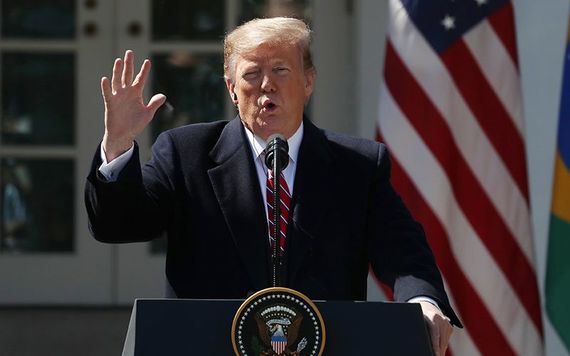 However, any new deal would require Congressional approval, which Pelosi says will be withheld if Brexit means a new hard border.

The Congress and members of Pelosi’s Democratic Party will have a major say in any future trade deals.

In London, she claimed the US missed an opportunity to gain economic leverage over China when it opted to put tariffs on the European Union rather than join forces with it.

"I thought one of the biggest opportunities was for the US and the EU to join together - the biggest market in the world, the two combined - and use that leverage in negotiations with the Chinese," Pelosi said.

"So, I wasn't pleased when the President put tariffs on the EU because you kind of started to weaken that strength vis-a-vis China."