Little known facts about Ireland - from rainfall to missing mass

Are you sure you know what living in modern Ireland is really like? 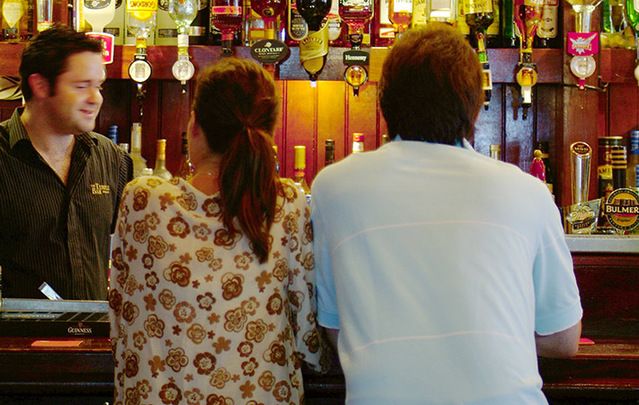 Are you sure you know what living in modern Ireland is really like? Getty images

Apart from the obvious misconceptions about Ireland, such as us all having red hair and freckles and behaving like extras from “The Quiet Man,” there are some facts about modern Ireland that go unnoticed by many.

From the changes in religious practices, to our cuisine, immigration and our attitude to gay marriage here’s the low down on modern Ireland.

Some facts that will give you pause for thought:

Despite largely remaining a predominantly Catholic country mass attendance continues to drop in Ireland. In the late 1990s 64% of Irish Catholics attended mass on a weekly basis and now that figure has dropped to 42.1%, according the Catholic Bishop’s report.

In comparison, in the United States, according to Georgetown University, mass attendance stands at 24%.

Yes! We never stop talking about the weather, but it’s really nothing to write home about.

The rainfall in Ireland does vary from coast to coast, but in Dublin there is on average 29 inches of rain per year.

In Seattle, which is also famously a rainy locale, they get 37 inches on average.

The difference is that Dublin has far more “grand soft days.” In Dublin it rains 271 days out of the year, but in Seattle it rains for only 150.

The island of Ireland would fit snuggly in the state of Indiana.

It’s often said that Ireland “punches above its weight,” but many just don’t realize how small Ireland really is. Ireland is just 32,599 square miles. That’s 174 miles wide and 302 miles long.

The population of Ireland (north and south) is just 6.4 million. The United States population is 317 million and the whole of the United Kingdom is 64.1 million.

These immigrants hail from 199 countries with the largest groups having immigrated from China, Germany, Latvia, Lithuania, Nigeria, Poland, the United States, and the United Kingdom, according to the Central Statistics Office.

Catholicism continues to reign in Ireland with 84.2% of the population ticking that box in the last census. The congregation in Ireland is 3.86 million. However the census also noted “significant increases in the non-Catholic population driven by not only growing numbers with no religion but also large increases in the religions of immigrants from Eastern Europe, Africa and Asia.”

By the 10th century Ireland became a hub for the slave trade providing labor and concubines from the British Isles to Scandinavia and even into Muslim Spain.

Following the arrival of the Vikings, who raided for treasure, goods and slaves, Dublin became a slave trade center. Recently, Dublin was linked to investigations into a portion of the Scottish population who can trace their ancestry to particular Saharan tribes whose ancestors came to Spain with the Moorish conquest and who were then captured in slave raids on Spain, taken to Dublin and sold as slaves to Scottish landowners sometime in the 9th century.

Long saddled with a reputation for meat and potatoes and little else, the Irish would beg to differ. But don’t just take our word for it. Irish chefs such as Kevin Dundon and Darina Allen are long-standing champions of Ireland’s exquisite, home grown and made produce and wholesome cooking. We Irish are most certainly finding our feet on the world stage.

Recently National Geographic did a feature on Irish food commenting on its “pervasive emphasis on quality, local ingredients and artisan producers.”

If you’re looking for wholesome, quality food Ireland is among the world leaders.

Although Ireland has long been known as the “land of saints and scholars” there is often a misconception that Irish folks are just up for a bit of “craic” and a laugh. In reality, the Irish people are among the most educated in the world.

A recent Eurostat study showed that 51.1% of 30 to 34-year-olds had completed a university education.

This may be another throw back to Ireland of “The Quiet Man” when the Catholic Church held a greater sway on the people, but many seem to think that the Irish marry young. This is not the case.

According to the Central Statistics Office the average age of Irish brides is now 32.6, while Irish grooms are 34.7-years-old on average.

In the United States, by comparison, people still tend to marry in their 20s. The 2013 figures showed the average age for men is 29, and for women, 27.