The New York Ladies GAA, celebrating its 30th anniversary this year, has shown an amazing facility for regrouping, reforming, and rebranding through the years. 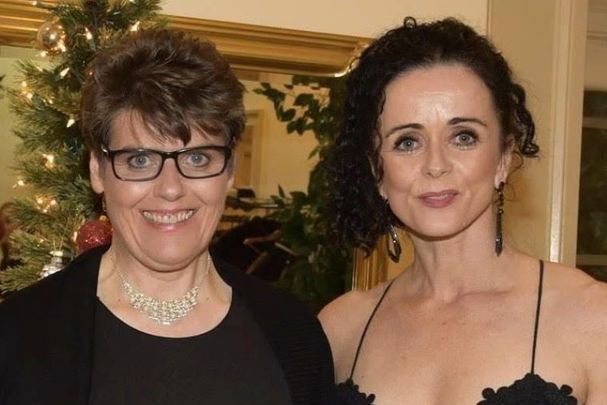 In 1974 Cumann Peil na mBan, the governing body for ladies football, was set up in Ireland in Hayes’s Hotel in Clonmel. In 1992 the New York branch was established in Connaughton’s Steakhouse in Riverdale.

Anyway, good to see the lovely Leitrim ladies back and doing well as they won the Peter Connaughton Cup this year. Cavan threw down the gauntlet from the start as they won the double, the Sean Faherty and the Annie Kearney cups, the first year, defeating Offaly by 1-9 to 3-1. Breda Rogers was the top scorer with 1-5, while Breda Culligan, Mary Ryan and Noelle Meeke got the Offaly goals.

The ladies have shown an amazing facility for regrouping, reforming, and rebranding through the years. Though Offaly disbanded, Westmeath and Donegal amalgamated to become Na Fianna, plus Rockland, Kerry and Mayo came on board.

Indeed the amalgamation appeared to temporarily thwart Cavan’s emerging hegemony, as Na Fianna won the double in 1994. However, it would be another decade and a half before Na Fianna had Cavan singing the blues again.

It’s also interesting to reflect on the names some of the original clubs chose, especially Na Fianna and Na Misnigh. Of course, the Fianna were a warrior and athletic class from Celtic times, and when you translate “Na Misnigh” you get the “brave.”

In those formative years of ladies football, it certainly didn’t hurt to be brave and a bit of a warrior as football was regarded as a “manly game,” and the concept of equal opportunity in sports was not embraced by all. The attitude of some in the male-dominated sports fiefdom was that Paddy’s Field and Van Cortlandt should be good enough for the women, and hadn’t they real audacity to try and get into Gaelic Park. After all, that’s where manly men played real football.

Once common sense prevailed, the ladies were allowed to play in Gaelic Park in 1995. The stands became instantly full. Ladies attract and that’s a corollary of the Natural Law, and they also play very attractive football.

In the first decade, Cavan was the dominant team, and of course, you could say that Leitrim was the second best, just as the mischievous Mick O’Dwyer used to say about Cork when the Kingdom was regularly shellacking the Rebels. Indeed, Cavan was everybody’s nemesis for a lot of years.

In the new millennium, a powerful Mayo squad looked to have derailed Cavan as they were on track for a three-in-a-row, but the Breffni Blues returned with force to dominate the rest of the decade. Incidentally during Cavan’s lengthy dominant rein was the managerial duo of Philip Sheridan and Dessie Reilly.

As the third decade of ladies football evolved the rankings began to change significantly, or at least more parity amongst the main contenders. Na Fianna was sharing the spotlight with Cavan, and then Kerry/Donegal made a major breakthrough to spoil the Cavan/Na Fianna party and are currently in pole position by virtue of claiming the last few championships.

The record to date shows Cavan with two-thirds of the championships, while the other third is split among Mayo, Na Fianna, and Kerry/Donegal. Though the triumvirate of Cavan, Na Fianna, and Kerry/Donegal may be garnering the spotlight on center stage, the other clubs such as Rockland, St. Brigid’s, Manhattan Gaels, Shannon Gaels, O’Donovan Rossa, Celtana, and Leitrim are operating very effectively at a grassroots level as conduits for graduates from the Gaelige 4 Girls programs and of course the Feile competitions.

It’s a sine qua non that the success of any organization is contingent upon the quality of leadership. The New York ladies have had a very capable retinue of leaders, starting with Terry Connaughton, and following with Eamon Duffy, Anne Holland, Eugene Brophy, Rosie O’Reilly, Sharon Redican, and of course Nollaig Cleary.

Two of the leaders specifically stand out, Rosie and Nollaig, especially for their longevity of reign, level of commitment, and foresight for ladies football.

Rosie is synonymous with ladies football. She was one of the founders and has been involved in every facet of the game since. She has been on the playing fields, the sidelines, coaching and training as well, plus holding several board positions including chair for a half dozen years.

Indeed the age-defying Lower Lavey lassie is in a league of her own as she’s the holder of 19 New York senior championships, plus a lengthy slate of other Big Apple Gaelic awards. Then, to accentuate her versatility, she has a slew of other athletic accolades for her herculean efforts in exhausting endurance-type physiological events from across the US and Europe. You don’t find too many grannies playing Gaelic football, more likely to be at bingo, knitting, or the rosary.

The other person who has been synonymous with ladies football is Nollaig since she arrived in the Big Apple three decades ago. The Fermanagh native was a founder member and player with the Fermanagh ladies team before becoming a very able and astute administrator with the Ladies Board.

The year 2003 was a watershed one for the Ladies GAA as Nollaig assumed the leadership position, a post she held for seven years. She was instrumental in setting up Gaelic 4 Girls, an underage program designed to teach the fundamental skills of Gaelic football. The program has been a phenomenal success, judging from the performances of the Feile teams and the number of native-born players progressing to the junior and senior teams.

This year produced the ultimate testament to the efficacy of Gaelic 4 Girls as they were crowned All-Ireland Division 1 champions, after beating Naomh Mhuire, Galway in an exhilarating final. The young ladies have been great ambassadors for ladies football in new New York, and the future certainly looks bright. Nollaig realized the importance of growing your own talent, otherwise, you are dependent on the vagaries of foreign imports.

The New York ladies will host its 30th anniversary dinner dance at Fairways, Dunwoodie Golf Club on Friday, November 18. The guests of honor for this occasion are the members of the successful New York under-15 Division 1 Feile team that beat the Galway champions Naomh Mhuire in the final.

The Colette Horkan Award will be presented to Michelle Dowd, a native of Kilkenny, who has been a member of the very successful Kerry/Donegal for more than a decade. She captained the team to championship victory in 2016, and she has since gone on to win four Sean Faherty Cups along with seven Annie Kearney Cups.

Here’s to another great 30 years of ladies football.