After years of debate about the future of Gaelic Park in the Bronx, the iconic venue is in the midst of a multi-million dollar renovation that will ensure its status as the home of Gaelic games in New York for years to come. 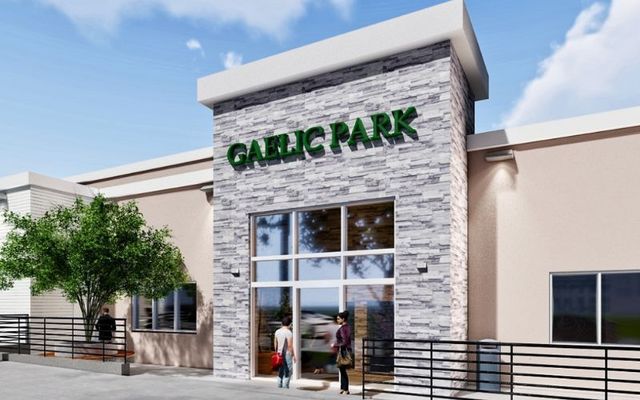 A rendering of the new Gaelic Park, home to the GAA in the Bronx, New York.

The New York GAA unveiled its plans for the redo of Gaelic Park, which has been a sporting and social landing point for generations of Irish immigrants, during an event at the Irish Consulate on June 7.

“We started putting the test piles in the ground today, so construction has officially started at Gaelic Park,” Liam Bermingham, the New York GAA secretary, told guests in attendance at the consulate gathering.

“It’s been 94 years that we’ve been playing at the park. There’s quite a bit of history on the corner of 240th Street and Broadway in the Bronx,” he added.

Joan Henchy, the current chairperson of the New York GAA, told the Irish Voice, sister publication to IrishCentral, in a subsequent interview that the renovation cost will come in at around $5.1 million, with a couple of hundred thousand dollars set aside for contingencies. Croke Park in Dublin, the GAA’s governing body, has committed $2 million to the project; the Irish Department of Foreign Affairs will give $500,000 in funding.

Henchy and her team are busy planning other fundraising initiatives, including a first-ever New York GAA Hall of Fame dinner in Dublin on July 22, two nights before the All-Ireland football final.

All going to plan, the new Gaelic Park should be ready for its unveiling in about 18 months. It would have been sooner, but the pandemic delayed the project just when it was scheduled to start in March of 2020. The lengthy delay meant that all of the required permits that had been issued expired and had to be re-applied for again.

“It’s been a bit stressful but we’re getting there,” said Henchy, a long-time volunteer with the New York GAA and other Irish groups.

“There are many people and businesses that have stepped up to keep us as close to budget as possible.”

The July 22 dinner at the Convention Centre in Dublin is selling well, and several hundred guests are expected. Tables of 10 are €10,000; individual tickets are €1,000.

At Tuesday’s event, Bermingham revealed that businessman and restaurateur Mike Carty, owner of Rosie O’Grady’s in Manhattan, will receive a distinguished service award.

“There is nobody more deserving than Mike for all he has done throughout the years not only for the GAA but for all Irish groups,” Bermingham said.

The emcee for the night will be GAA announcer and New York native Marty Morrissey. Henchy said there will be music, dancing, presentations and a proper celebration in honor of the New York GAA and all it has meant for so many Irish immigrants.

Gaelic Park, she stresses, will be a welcoming home for all Irish groups once it is complete.

“We want the AOH, we want the United Irish Counties, we want the associations. We want Gaelic Park to be for everybody,” she says. “It can be an entire cultural center. People can use it for their functions or whatever they like.”

Henchy also points out the significance of Gaelic Park to the surrounding communities in the Bronx. They too will be more than welcome to avail of the new facilities.

“There are many ethnic communities in the area and we have the support of all of them. They are excited to get the renovation going because there is nothing around anymore – Visitation is gone, St. John’s is gone. There’s no actual nearby facilities for them to have things like weddings or sweet 16 parties,” Henchy says.

“I was speaking to members of the NYPD 50th Precinct and they know how important the New York GAA is to the area and the local community.”

Other fundraising plans include a memorial wall at Gaelic Park where donors can contribute $1,000 for a name to be etched on the stone. Given the number of players who have passed through the park down the years, the wall, Henchy feels, should easily fill up.

Meanwhile, there are some 90 teams under the New York GAA’s umbrella, and the season is well underway. Henchy is particularly proud that the New York GAA was able to compete two seasons these past two years despite Covid restrictions.

“We’re the only county that was able to do that,” she adds.

For further information on the July 22 dinner, visit nygaahof.com.