An Irish American glass ceiling was shattered thanks to GAA stalwart Joan Henchy, who was elected to lead the male-dominated New York GAA as its chairperson. 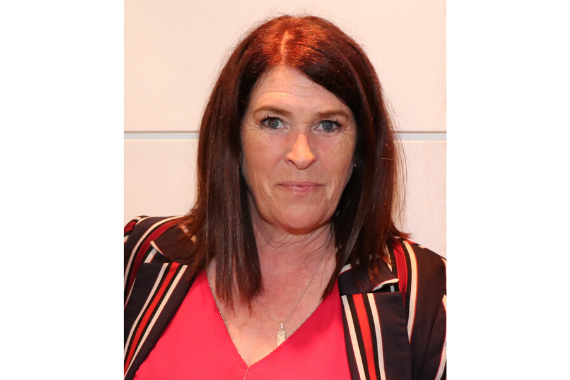 Joan Henchy, the new Chairperson of the New York GAA.

An Irish American glass ceiling was shattered on Sunday thanks to GAA stalwart Joan Henchy, who was elected to lead the male dominated New York GAA as its chairperson for the next two years.

Henchy, born in Yonkers but raised in Tarbert, Co. Kerry, has been a force in the New York GAA and her beloved Kerry Football Club for more than two decades, holding various leadership positions and devoting countless hours to helping both organizations thrive.  It’s been a dream of hers for several years to chair the New York GAA, and now, thanks to a vote of 41-30 over her opponent Emmett Woods, her hopes have been realized.

How does it feel to be a history maker in Irish America, and indeed the wider GAA community?

“I’m overwhelmed to be honest,” Henchy, who lives in Yonkers with her husband Brendan and two daughters, Tara and Shauna, told the Irish Voice.

“The support has been incredible.  I can’t keep up with the number of calls and texts and social media messages I’ve been getting.”

Henchy has been laying the groundwork for the top New York GAA position for several years, serving as secretary, public relations officer, registrar and trustee.  After she was nominated for chairperson she contacted every club delegate to talk about her candidacy and her plans for moving the organization forward.

“I wanted to hear their concerns and I promised that if elected I would work to the best of my ability.  I asked for consideration based on my long record. I’m not someone who is afraid of work,” Henchy said.

During Sunday’s vote at the Riverdale Steakhouse, Henchy was keeping her own vote tally but didn’t actually realize when the magic moment came.

“I was still counting and then my husband said, ‘Joan, you had it four votes ago.’  I was just in shock to be honest,” she said.

Twenty years ago, when Henchy first became active in the local GAA, she never thought the day would come when a female would lead the group – even now, she and only one other, Clare McCartney, are members of the board.

“But things have changed a lot,” Henchy feels.  “The GAA as a whole has become very inclusive.  I think the gender barriers have broken down throughout, and women are holding more leadership positions throughout every county.  Obviously there aren’t as many women as men but the inclusivity is there and the tide is changing.”

Henchy was four years old when she returned to Co. Kerry with her parents and siblings; her father Dan Kiely served as a senator and was a big GAA fan.  He passed his love of the native games down to his daughter, but in 1970s Ireland, especially in a small village like Tarbert, there were next to no outlets for girls to play the games.

“Women didn’t have a pivotal role at that stage. There were no camogie teams in my area and you could only play a little bit at school.  My father used to teach my brother the games and they’d need a sparring partner in the middle of the field to give a shoulder or something, so that was me,” Henchy recalled.

“But I’ve always loved the games.  They’re magical to me. I get such enjoyment watching them.”

Henchy returned to New York in 1985 at the strong suggestion of her parents, even though she was happy at home working as a hairdresser and had a steady boyfriend, Brendan Henchy, who went on to become her husband.

“I was an American citizen and they wanted me to see if I would like New York. I agreed to go for six months and I’ve been here ever since,” Henchy laughed.

Both of her now grown daughters played GAA in their youth, but motherhood and work commitments didn’t allow Henchy to immerse herself in the local GAA leadership until the late 1990s when Kerry Football Club official John Riordan paid her a visit.

“He told me there was a meeting of the club at the Breffni in Queens on the following Tuesday night and that I better be there,” Henchy recalls.

She followed Riordan’s direction and hasn’t let up since.  Soon Henchy was attending meetings of the New York GAA, and at one of them she was elected as a trustee.

The changes in the organization during the past two decades have been significant, thanks in large part to decreased immigration from Ireland.  The last great wave in the 1980s-‘90s meant that many of the teams competing in Gaelic Park on weekends were mostly Irish-born.  The opposite is now the case, and Henchy is firm in her belief that home-grown players will be the lifeblood of the New York GAA going forward.

“The focus in on our native-born players. It has to be. People from Ireland aren’t really coming here anymore.  No one is taking a risk being illegal,” she says.

“My main focus for the last five years is creating a bridge from the youth teams that we have and getting them to be members of the senior board.  We have great county development squads for those aged 17 to 21 or 22 in both football and hurling and they are doing great.  We want the young kids to know that they can make it to the senior squad someday and wear their county jersey, playing against the likes of Roscommon or Mayo from home.”

Speaking of teams from Ireland, the New York GAA has participated in the Connacht Championship since 1999, hosting one of the teams for an opening round game at Gaelic Park each May.  But proposed changes to the GAA as a whole, announced by GAA President John Horan last week, would see a vast restructuring that would end New York’s involvement in Connacht.  Instead, the prospect of New York having an autumn match as part of a new two-tiered system is being floated.

Henchy is firm that the proposal, which will be voted on next year, is not acceptable.

“I will be fighting to make sure that New York continues to remain a part of the Connacht Championship,” she says.  “It is 100 percent imperative.  We are a recognized county, and New York will not be pushed aside.  Too much work has gone into our involvement in Connacht.  And it’s more than just a game – it’s a great community weekend of celebration here that everyone loves.”

Gaelic Park, home to the New York GAA for nearly 100 years, has been partially gutted to make way for a new facility that would include a banqueting hall, bar, offices and other amenities, but the project is at a standstill and has been mired by delays both governmental – obtaining permits – and internal – some division among members of the New York GAA about how to proceed.

Henchy knows that getting Gaelic Park up and running, and resuming fundraising for the project, is of paramount importance.

“I’d be lying if I said I’d be sure Gaelic Park will be ready for the Connacht game next year,” she said.  “And there’s a divide, no question.  But we have to remember that we are building a county ground.  We don’t even have an office now.  We need a proper facility to help grow our games and it’s important that everyone pull in one direction for the betterment of the association.”

It was around this time last year that Henchy’s beloved mother Mary suddenly passed.  She had been living with Joan and the death hit her hard.  Her GAA family helped her deal with the grief.

“That’s what the GAA is here. We are family,” Henchy says.  “It was a rough year and everyone helped me and I will never forget that support.”

And now it’s time for Henchy to give back.  She’s currently transitioning into her new role, taking over the chairmanship from the prior leader Laurence McGrath.

“It’s a big job, lots of hours, lots of work but plenty of benefits too as far as our community goes,” Henchy says of the unpaid position.  “And after 20 years of service, I’m ready for it.”