Meet the man who will lead the 2023 NYC St. Patrick’s Day Parade

Kevin Conway, a financial executive with roots in several Irish counties, was unveiled as the grand marshal of the 2023 NYC St. Patrick's Day Parade at a reception at the Irish Consulate. 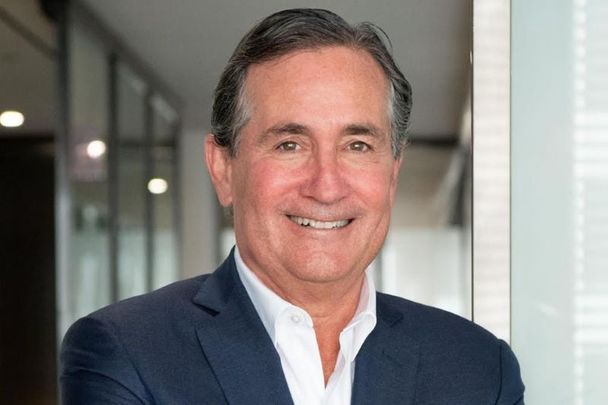 Kevin J. Conway, the grand marshal of the 2023 New York City St. Patrick’s Day parade, was formally introduced to the local Irish community on Tuesday evening at a reception hosted by the Irish Consulate, and the great-grandson of immigrants from various counties in Ireland and pledged to lead the 262nd edition of the parade in the tradition of those who have marched up Fifth Avenue before him.

“I am flattered since the honor of serving as grand marshal is one which carries not only prestige but also a unique responsibility to those of us who are of Irish descent, especially for someone who is New York-born,” said Conway, vice chairman of the global private equity firm Clayton, Dubilier & Rice, LLC, in his remarks.

“I am humbled since I recognize the many prominent grand marshals who precede me, and the breadth of talent, achievement, personality, character, and commitment they brought to the role. I also am humbled given the many people who have worked hard to keep the parade, the largest and most meaningful celebration of St. Patrick's Day in our great country, for over 260 years.”

In September, the parade’s Board of Directors, led by Chairman Sean Lane, unanimously voted for Conway to lead the parade which will step off on Friday, March 17.

“We are delighted Kevin Conway was selected as the 2023 grand marshal. Apart from his professional achievements, he is a man who has contributed so much to those less fortunate in our society. Over the years he and his wife have funded numerous scholarships, and he personally has dedicated significant time to many charities, including Catholic Health Services and several programs providing educational opportunities to disadvantaged young men and women in New York and on Long Island,” said Lane.

“We as a community are so proud of his achievements and we know that his selection will be popular with all New Yorkers.”

Conway, who was born in Queens and resides on Long Island with his wife Dee, with whom he shares four grown children, is keen to use his platform to highlight the parade’s 2023 theme of food insecurity. 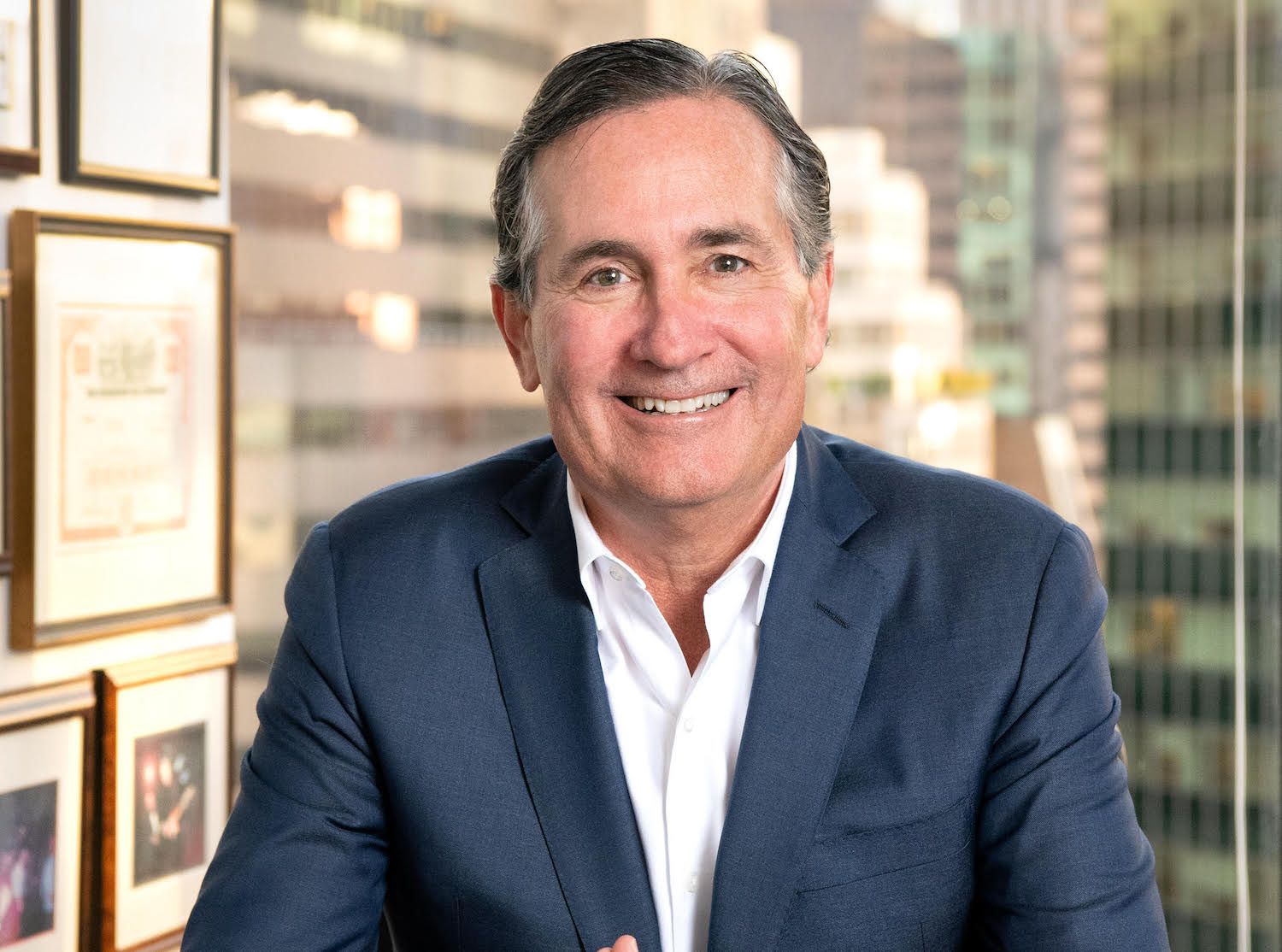 “We will be raising awareness of the issue, but also raising money to support soup kitchens and pantries, organizations that feed the poor and provide food and shelter to immigrants, people who are not very different than many of the Irish Americans who arrived in the coffin ships of the middle 19th-century wave of Irish immigrants, fleeing the Great Famine of their homeland,” Conway told the guests at the Irish Consulate.

“For a country of great wealth and a high standard of living, it is somewhat startling to see the hunger statistics in this amazing country. Hunger is one of those problems that can hide below the surface for most people, crowded out of our consciousness by our own worries, by the pandemic, or the economy, or global conflicts, or the headlines in general, but to those who are hungry, an empty stomach is a persistent reminder, a constant worry, and a nightmare that does not go away when you wake up.”

Conway spoke fondly of his Irish heritage, which he described as a “mirror of the history of the Irish in America.” His paternal great-grandfather James Conway, a native of Drumshanbo, Co. Leitrim, emigrated in 1885 when he was 18 and eventually became a lawyer, judge and city magistrate.

His other ancestors include his maternal great-grandfather Thomas Gilhooly, the New York-born son of immigrants who left Ireland during the Famine, and great-grandmother Rose, whose parents also fled Ireland and a house worth seven shillings. Hard work was the norm for all.

“Thomas Gilhooly worked as a painter on the Upper East Side, living in what the census official described as a ‘shanty,’ with no address, on 67th Street between Third and Lexington. Like many of the Irish in these times, many of my ancestors lived hard lives,” Conway said. 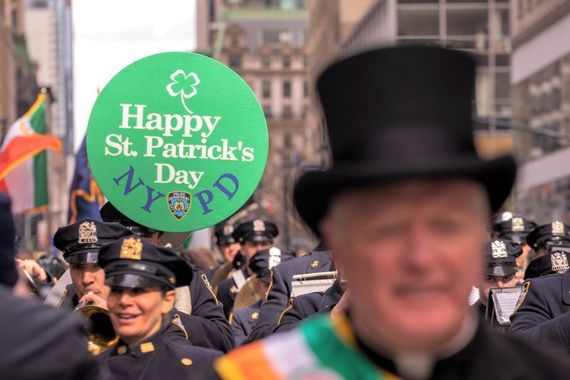 “Tom Gilhooly died at 36, leaving his wife Rose with six children, including my grandfather, James Gilhooly, who worked to support his mother, a maid working for a well-off family in Manhattan.

“My relatives, like those of many in this room today, lived the lives of the Irish in America. Some made it, others did not. Some lived in the notorious slums of Five Points and the shanties of what is now the Upper East Side, and some made it to Breezy Point and Belle Harbor in the Rockaways, the so­called ‘Irish Riviera’.

“There are lawyers and judges, patrolmen and bankers, carpenters and painters, and maids and truckers in my ancestry. Like many Irish families, serving in the police force was very common.”

He has been with Clayton, Dubilier & Rice since 1994, where he also serves as chairman of the Investment Committee. In his 20 years as chair, the firm has grown and invested well, acquiring over 75 companies with an aggregate transaction value of more than $200 billion. The firm’s current portfolio employs more than 600,000 and generates annual revenues of approximately $100 billion.

Conway also served as a managing partner at CD&R from 2004 to 2016, as well as a member of the Management Committee. In his 28 years at the firm, Conway has helped build CD&R into a leading global private equity firm. Prior to joining CD&R, Conway was with Goldman Sachs for 10 years, where he was elected a partner.

Conway is also a member of many boards, both charitable and professional, including the Carnegie Corporation, Student Sponsor Partners and Catholic Health Services of Long Island.

“Kevin and his wife Dee also are long-time supporters of many other charitable and civic causes, including Catholic Charities, Tuesday’s Children, Adventures in Learning, Little Flower Children’s Services, and many other charities addressing education, social services, and the needs of the disadvantaged,” noted Lane.

At the Irish Consulate, Conway quoted the words of Seamus Heaney when describing his pride in his Irish roots and excitement at leading next year’s biggest celebration of St. Patrick in the world.

“The sense of being part of the whole thing is the deepest joy,” he said.