Irish American Kevin J. Conway has been unanimously chosen to be the Grand Marshal of the 2023 NYC Saint Patrick's Day Parade. 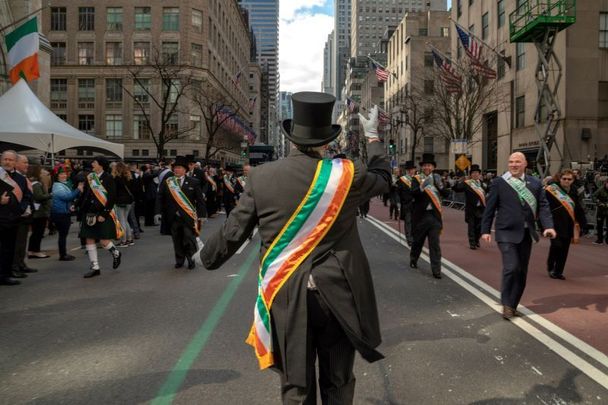 Kevin J. Conway, an Irish American who has roots in Co Leitrim, has unanimously been chosen as the Grand Marshal of the 2023 New York City St. Patrick’s Day Parade.

Conway is the vice chairman of Clayton, Dubilier & Rice, LLC a global private equity firm known for blending investment skills with operating capabilities to build great businesses. He joined CD&R in 1994, served as managing partner from 2004 to 2016, and is currently a member of the Management Committee. Conway has also chaired the Investment Committee since 2001, over which time CD&R has invested more than $20 billion to acquire over 50 companies. He has been active in many of the firm’s organizational initiatives and works closely with the chief executive officer on all aspects of CD&R’s operations.

Prior to joining CD&R, Conway spent ten years with Goldman, Sachs & Co., where he was elected a partner. He was a senior member of the Mergers & Acquisitions Department, advising corporate leaders, boards of directors, families, and public and private companies on a wide variety of transactions. Conway also served as chief of staff of the Goldman Sachs Investment Banking Division and as global head of Investment Banking Recruiting.

In addition to being a Trustee of the Carnegie Corporation of New York, Conway serves on several charitable and civic boards, including as vice chair, formerly chair, of the board of directors of Student Sponsor Partners, an organization providing educational opportunities to at-risk inner-city children in New York City. He also serves on the boards of Catholic Health Services of Long Island, a network of six hospitals, three nursing homes, and several community service organizations, and the New York Catholic Foundation, which administers funds for the Archdiocese of New York in pursuit of the religious, charitable, educational, and community services activities of the Archdiocese.