McDonald's has been forced to apologize and withdraw a promotion it was running in Portugal that referenced Bloody Sunday. 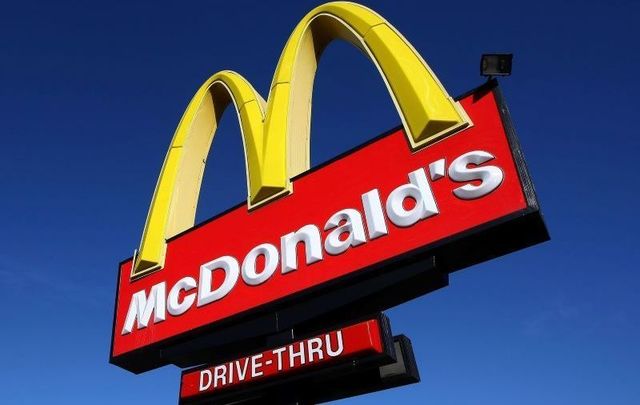 McDonald's was forced to apologize for its 'Sundae Bloody Sundae' Halloween promotion it ran in Portugal. Getty Images

McDonald's faced criticism for its reference to Bloody Sunday, the 1972 atrocity in Northern Ireland during The Troubles

McDonald’s has been forced to apologize and withdraw it’s ‘Sundae Bloody Sundae’ promotion that it was running in the lead-up to Halloween.

Read More: Don’t use ‘Sunday Bloody Sunday’ as an icebreaker on dating apps

On October 30, Twitter user @BigMonsterLove, whose blog states that he’s based in Dublin, shared a picture of the McDonald’s Halloween promo that was spotted in Portugal:

Though this user later clarified that he did not take nor own the photo, but rather he found it on Facebook, his tweet went viral with more than three thousand likes and hundreds of responses in less than a day.

The majority of the responses took issue with the fact that promotion is a play on words of 'Bloody Sunday,' one of the worst atrocities during The Troubles, which saw 14 civilians killed during a protest in Derry City on January 30, 1972.

Additionally, there was another incident remembered today as 'Bloody Sunday' when on November 21, 1920, 15 British secret service agents were killed by Michael Collins's "Twelve Apostles" in Dublin.

Others believed it was an innocent enough mistake and that the promotion was likely attempting to reference the U2 song 'Sunday Bloody Sunday' (which references the 1972 incident.)

While one person said that McDonald's was "culturally stone deaf" for running the promo, another user replied to the tweet saying that she saw the same promotion used in a television advertisement in Spain:

You might cancel Spain too. It’s running as a TV ad here ... Or you just cancel @McDonalds

“The campaign was intended as a celebration of Halloween, not as an insensitive reference to any historical event or to upset or insult anyone in any way. We sincerely apologize for any offense or distress this may have caused.”

It said all related promotional material had now been removed from its restaurants.