The whole cringe-worthy defaming performance was reminiscent of the detestable ethnic humor that was once the stock and trade of the 19th-century stage. 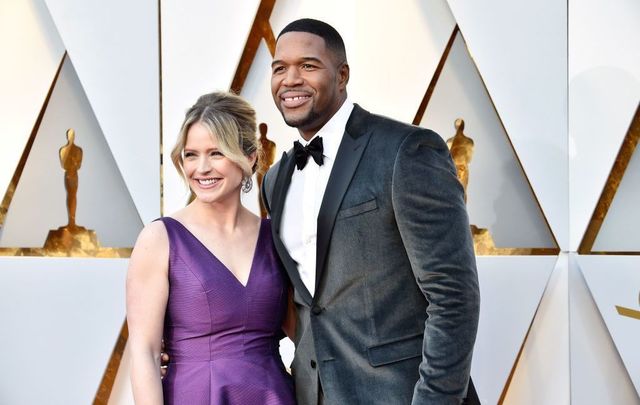 The Ancient Order of Hibernians has issued the following statement concerning the characterization made on ABC's "Strahan & Sara Show" that St. Patrick's Day is "An Irish Holiday celebrating drunkenness and public urination."

As part of an audience contest segment on ABC TV’s “Strahan & Sara Show” that aired the day after St. Patrick’s Day, host Michael Strahan played straight man to co-host Sara Haines by feeding her the line “St. Paddy’s Day [sic] is an Irish Holiday that celebrates....” to which Haines responded, “Drinking and public urination.”

Strahan then fed Haines the old chestnut  “No, St. Patrick driving the snakes from Ireland” to which Haines responded, “Of course it is, wink, wink.”  The whole cringe-worthy defaming performance was reminiscent of the detestable ethnic humor that was once the stock and trade of the 19th-century stage.

St. Patrick’s Day is the feast day of a religious figure venerated by millions.  The historical St. Patrick is attributed as being among the first voices in history to speak out against the evils of slavery.

St. Patrick’s Day is a day when we remember how far Irish Americans have come; from impoverished immigrants who arrived with nothing and who persevered against prejudice (of which the conflation of Irishness and drunkenness as expressed by Ms. Hanes was a recurring theme) to positively impact every facet of American society.

Noted  journalist Walter Winchell eloquently captured the true meaning of St. Patrick’s Day when he stated, “The nation will be standing at attention when the Irish wear green in their lapels for old Ireland on the 17th of March, because so many, many thousands of Irishmen are wearing the green, on their graves, for America".

It is this heritage the Irish celebrate, not Haines’ odious contention of  “drinking and public urination.”

That a small minority should abuse any public celebration by engaging in acts of drunkenness and depravity is revolting. This is particularly true for St. Patrick’s Day when a large percentage of the small minority who abuse the day likely could not find Ireland on a map if challenged in their lucid moments.

They are of the same mindset and in many cases the same fools, who embarrass themselves at other ethnic celebrations, New Year’s Eve and ticker tape parades when the local team wins a championship. However,  it seems to be only St. Patrick’s Day when the media make the small minority of idiots the center of attention, denigrating and eclipsing the true meaning of the day. While the deplorable behavior of over-aged adolescents is an insult to the meaning of St. Patrick’s Day,  Haines’ denigrating stereotype comments, made deliberately in cold sobriety, are in many ways more reprehensible.

It is hard to believe that ABC management would permit such disparaging comments regarding any other ethnicity’s celebration; the Irish celebration of St. Patrick’s Day should be accorded the same respect.

The Ancient Order of Hibernians calls for an unambiguous public apology from ABC to the Irish American community for Ms. Haines demeaning and offensive comments.