General John Kelly is a fan of Irish whiskey

The new White House Chief of Staff seems to have inherited a love of whiskey from his Irish ancestors. 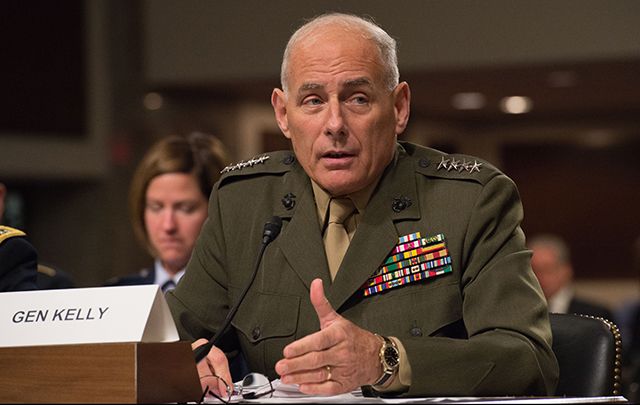 Irish whiskey has a big fan in the West Wing: General John Kelly, President Trump’s new Chief of Staff, has been revealed to have a soft spot Ireland’s iconic beverage.

Leon Panetta, who served for nearly three years as Bill Clinton’s Chief of Staff, told the New York Times he had advised Trump’s new Chief to buy himself “big bottle of Scotch” after accepting what is occasionally described as “the worst job in Washington”.

No Scotch whisky should be bought however, the White House said in a statement - the General prefers his drink to brewed in the land of his ancestors.

According to the Times, “A White House spokeswoman he had gotten around to buying [a bottle of Scotch] yet, but said the new chief of staff preferred Irish whiskey.”

The White House did not, however, comment on what Kelly considers the best brand of Irish whiskey, though, given all of the changes and order he has implemented during his first week in charge of the White House staff, we hope that he will be able to relax with a glass this weekend.

Most likely he’ll have tried Jameson whiskey at some point: probably Ireland’s most famous brand of alcohol after Guinness, it’s distilled in Co. Cork and the United States is by some margin its biggest market.

Bushmills whiskey is another possible favorite: it’s brewed in the Antrim town that shares it name and claims to be Ireland’s oldest whiskey. A license was first granted to a Sir Thomas Phillips in 1608 by King James I of England and production has never ceased since.

Tullamore Dew is another popular brand with close to a million sales annually. The brewery has become something of a tourist hub and visitors from across the world flock to see it made.

If you were to buy the General a congratulatory gift of whiskey what brand would you get him?