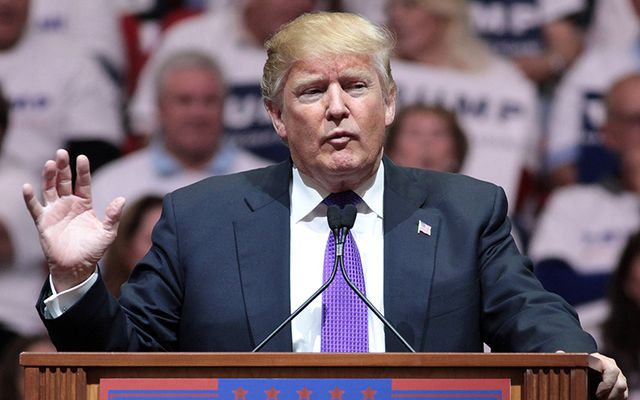 All Glory is Fleeting!

So, six months into his presidency Trump comes to yet another major crisis. This one is called “Who’s in charge here.” Not since Ronald Reagan was shot in 1981 and Secretary of State Al Haig rushed to the White House and anointed himself temporary president has there been such confusion.

Trump doesn’t know which side is up. His philosophy on most topics has been to burn that next bridge when he comes to it rather than try to work with people. He is now on the precipice of being the worst failed president in history. His administration is, frankly, a joke.

It was evidenced yesterday when the third question by a reporter to Anthony Scaramucci, the just fired Communications Director, was would he listen to an offer from “Dancing with the Stars.”

Can you imagine asking that question of a Karl Rove or a David Gergen?

Scaramucci Weighs In On 'Dancing With The Stars' Rumors
I love this story just for the tag line. https://t.co/LZBLIvykes

Spicer, Scaramucci, Priebus! All gone, hopefully soon forgotten, with Attorney General Jeff Sessions clinging to the steering wheel with two legs out of the car in the Trump demolition derby.

It has come down to this: Trump can heed Irish American General John Kelly or he can continue to tweet and cause havoc and not finish his term and endanger America.

Only the Fake News Media and Trump enemies want me to stop using Social Media (110 million people). Only way for me to get the truth out!

It is past time for Trump to stand back and take a very deep breath. He is going through office-holders like the 1962 Mets ran through lousy players. As Jimmy Breslin wrote about those lovable loser Mets, “Can’t Anyone Here Play This Game.”

Right now the White House and Trump look like Chris Cannizarro, the catcher on the 1962 Mets who couldn’t catch the ball, or Marv Throneberry, the first baseman who ran a man down against the Cubs but forgot he didn’t have the ball.

If he wants to make a difference, to retake control of his administration, Trump should give Kelly a chance. Ditch Ivanka and send her back to her jewelry sweatshops. Make Jared Ambassador to Bolivia or someplace where he can do no harm. Find Bannon a job in the Dublin Embassy as a janitor. Disregard advice from the sons, a couple of '62 Mets political players you can almost feel sorry for.

Perhaps he should heed the advice of his favorite general, George S. Patton. In Roman victory parades a slave stood behind the conqueror holding a golden crown and whispering in his ear a warning: "All glory is fleeting."

What is General Kelly whispering into Trump’s ear? We’ll soon find out, hopefully not via twitter.

Commander General John Kelly: Can he bring discipline to the White House?

Can Kelly instill discipline? Apparently young Donald Trump had a bit of a discipline problem. His daddy Fred decided to pack him off to military school for some discipline. (Warning: it didn’t take.) There’s a wonderful picture of the young Donald in uniform with medals hanging from his chest. One wonders what Trump could have won medals for? Cheer-leading? Excelling at Lego?

Donald Trump in Military School: Are Those Medals for Being 4F?

But Trump does love those generals. Trump’s military school career seems so trivial when you just look back at some of Trump’s heroic predecessors: Dwight D. Eisenhower, one of the great Americans of the 20th century. John F. Kennedy, who got his daddy to get him into the navy and then had his PT boat shot from under him. Jimmy Carter served a full career as a naval officer in the submarine service. George H.W. Bush at the age of 20 was a carrier pilot in the Pacific during World War II. His plane was shot down, killing his gunner and he barely escaped with his life.

In the mid-1960s as the war in Vietnam was heating up, Trump started taking draft deferments. Not one, not two, not three, not four, but five deferments. It seems that two of the faux tough guys in American history—Trump and former vice president Dick Cheney—led the world in draft deferments. I have no problem with people taking draft deferments during the Vietnam War, but don’t go all tough-guy on me when you’re in no danger of being killed or maimed. It’s easy to be tough in front of adoring campaign crowds, but it’s hard when you’re on the ground and people are trying to kill you.

So, it’s interesting that the President of Draft Deferments should love generals. A few days ago, he brought in General Kelly, who had been serving as DHS secretary. Kelly is supposed to straighten out the mess that this White House is.

Kelly got off to a good start by firing the comical Anthony Scaramucci. Kelly has even started doing the unmentionable – reaching out to the other side. According to “Daily Beast”:

“Sources in the administration say an outreach campaign by newly minted Chief of Staff John Kelly is in the works to rebuild some bridges and, potentially, chip away at the unified Democratic opposition to President Donald Trump’s agenda. Even before he formally started the job, Kelly was reaching out to top Capitol Hill Democrats in hopes of regaining political capital ahead of what is expected to be a bruising fight over tax reform and other administration priorities.”

On the same day Senator Lamar Alexander reached out on Obamacare to Democrats seeking an accommodation. Are the adults finally home? Is the frat party over?

General Kelly seems like a moderate, a man who can move the dial without twitter, cussing, chest-thumping or firing. He may not last long with Trump as a result. Remember general: “All Glory is Fleeting.”