Bushmills Irish Whiskey announced the launch of Red Bush, the newest addition to the range of malt-rich, blended whiskeys. 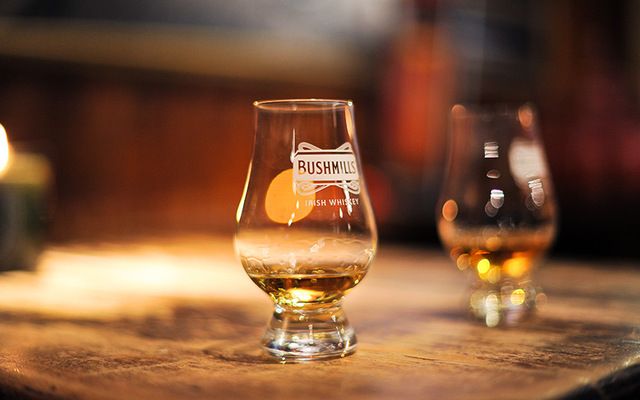 Bushmills Irish Whiskey announced the launch of Red Bush, the newest addition to the range of malt-rich, blended whiskeys. Matured in bourbon casks for a refined and exceptionally balanced flavor, the liquid appeals to both bourbon enthusiasts and those new to Irish whiskey.

"Red Bush personifies the gritty Irish character and adds a sense of adventure and fun to our portfolio, further defining the confident, courageous and independent spirit we’ve seen for generations at Bushmills," the company noted in a press release.

Red Bush launches first in the United States as a testament to the exponential growth the Irish whiskey category has experienced in America in recent years. In a sea of green, it comes to market just in time to toast St. Patrick’s Day and beyond.

“While we’ve been innovating with our aged whiskeys for centuries, we’re excited to embark on a journey with the millennial drinker,” says Colum Egan, Master Distiller at The Old Bushmills Distillery. “Maturing the whiskey exclusively in first fill bourbon barrels creates a mildly sweet and extremely smooth spirit that will resonate with frequent bourbon fans and first-time Irish whiskey drinkers.”

Red Bush is a smooth blend of triple distilled Irish single malt and fine Irish grain whiskey. On the nose, the amber spirit offers intense aromas of toasted oak and vanilla. The palate is medium bodied with hints of caramel and nutty flavors. It is a balanced, accessible Irish whiskey with a subtle sweet finish, drawing new consumers to the character and flavor profile unique to Bushmills Irish Whiskey.

The distillery, best known for its signature style of smooth, malt-rich spirits, is situated on the rugged north coast of Ireland and holds the title of Ireland’s oldest working distillery. Bushmills has proudly offered a generous range of triple distilled blends and single malts for over 400 years and has remained bold and unwavering along the way. “Red Bush personifies the gritty Irish character and adds a sense of adventure and fun to our portfolio, further defining the confident, courageous and independent spirit we’ve seen for generations at Bushmills,” adds Egan.

Among the first of the Irish whiskeys to be imported to the U.S., American drinkers fond of whiskey and other brown spirits have enjoyed the range of characterful smooth spirits from Bushmills since the 1800s  Red Bush is a new, versatile Irish whiskey best enjoyed neat as a shot or with mixers like cola, soda, and ginger ale.