Scaramucci got on the wrong side of Trump’s two key Irish American staffers. 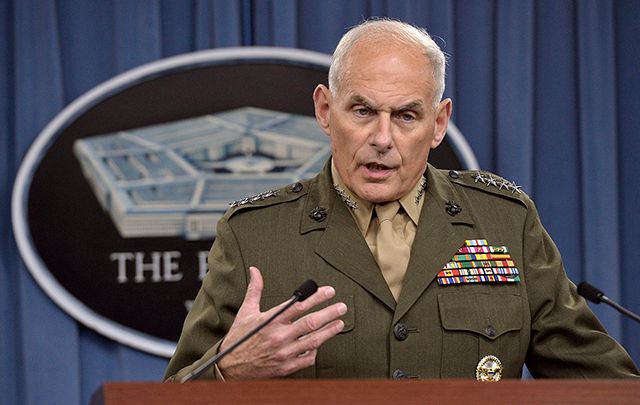 General John Kelly made his first big decision as White House Chief of Staff and fired Anthony Scaramucci from his job as Communications Director.

In an early sign that the General will not suffer fools, Scaramucci was given his marching orders after his initial briefing - given on his first day on the job only 10 days ago - that he would report to the President, not the Chief of Staff. Today was General Kelly's first full day as Chief of Staff, following the announcement of his appointment on Friday.

It’s not yet clear whether the brash New Yorker will be given another position within the West Wing or if he is out of work entirely.

Even the West Wing gave Mandy a full season.

“What I’m going to do is, I will eliminate everyone in the comms team and we’ll start over,” he told New Yorker journalist, Ryan Lizza, after he declined to reveal his source.

“I ask these guys not to leak anything and they can’t help themselves. You’re an American citizen, this is a major catastrophe for the American country. So I’m asking you as an American patriot to give me a sense of who leaked it.”

After he became convinced that then-Chief of Staff Reince Priebus was behind the leak he then told Lizza, “Reince is a fucking paranoid schizophrenic, a paranoiac” and he’d be asked to resign shortly.

Presciently. Priebus is now out on his ear and so too is Scaramucci in what has certainly been a mixed month for the former investment banker: his estranged wife filed for divorce on July 6, he’s been hired and fired from a prestigious job and last Monday he missed the birth of their second child - seconding his congratulations to the baby’s mom by text.

Crudely, he denied in the phone call he had any interest in press attention, unlike some of his colleagues.

“I’m not Steve Bannon, I’m not trying to suck my own cock,” he said of the President’s chief strategist.

“I’m not trying to build my own brand off the fucking strength of the President. I’m here to serve the country.”

Press Sec. on Scaramucci’s controversial comments: POTUS "felt that Anthony's comments were inappropriate for a person in that position." pic.twitter.com/iIoIaIEjPe

When Scaramucci’s appointment to the role was announced just under two weeks ago then-Press Secretary Sean Spicer expressed his deep reservations to the President.

President Trump ignored him and according to reports in the New York Times was originally pleased with Scaramucci’s feisty remarks.

However having spent the weekend reflecting with family and friends he concluded that his brash operating manner would deflect from the White House’s overall agenda.

Now, having tangled with Bannon and Kelly and lost the confidence of the President, Scaramucci finds himself humiliated as a nation watches and Trump now needs to replace yet another senior staffer.

Following Kelly's appointment, some pundits expressed doubt that the General would be able to make an impact in Trump's White House, but the ousting of Scaramucci is being met with praise.