Scrumptious foods you didn't know were from Ireland 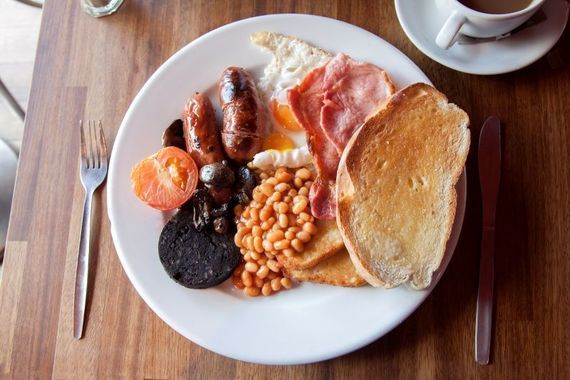 Ireland has become a foodie capital due to its wholesome produce and wonderful inventive culinary flare but here are some foods and drinks you might not have known are from Ireland.

Ireland is known for lots of wonderful things. From the scenic views to the strong heritage of traditional Irish music but one thing you can’t deny is that Ireland is home to some excellent hearty cuisine.

We all know the wholesome family favorites like bacon and cabbage, beef stew, and coddle, but there are many tasty treats Irish people love that they don’t necessarily know are from Ireland originally. So we decided to give you a rundown of a few goodies you might not have known were from back home.

This tasty treat was created by a physician from Northern Ireland named Hans Sloane during the 1700s. Sloane traveled extensively and first encountered cacao while in Jamaica and then brought it back to Ireland with him. It was first sold as a medicinal elixir and sold as ‘Sir Hans Sloane Milk Chocolate’.

Potato chips or ‘crisps’ as they are known in Ireland may not have been invented in Ireland but the first flavored crisps were. Joe Murphy, who had the affectionate nickname ‘spud’, first created cheese and onion crisps in Ireland during the 1950s. Murphy owned the well-known Irish company Tayto. Murphy also created salt and vinegar, and barbecue flavor crisps.

This can be eaten all year round but is traditionally associated with Christmas time. One of the main ingredients in this cake is some porter. Porter is a dark bitter beer that is similar to a stout. The porter adds a wonderful taste and keeps the cake fresher for longer as well as adding a nice kick to it.

This is a tasty honeycomb toffee, which is associated with Ballycastle, County Antrim in Northern Ireland. It has a crunchy yet bubbly consistency making it very brittle.

The main ingredient in this bread is some potatoes. Potato is added to the dough and replaces a portion of the wheat flour. This dish is very popular in Northern Ireland and is traditionally used in an Ulster fry, a version of an Irish breakfast.

This has been a recent addition to the Irish culinary scene, inspired by Asian cuisine. It can be found in many takeaways across Ireland and has become incredibly popular. A spice bag consists of deep-fried fries, green and red peppers, sliced chili, batter-fried balls of chicken or chicken strips, and various spices. It was voted Ireland's favorite takeaway dish in 2015 by the ‘Just Eat National Takeaway Awards’.

This isn’t misspelled, it is actually a doughy, white bread roll which is very popular in Counties Waterford and Kilkenny in the south-west of Ireland. It was originally created in County Wexford and is a regular addition to an Irish breakfast. Only four bakeries in Ireland are still baking blaas.

This is a traditional Irish dessert that is made from boiling bread in milk and adding sugar and other various spices like cinnamon. It would fall into the category of an Irish pudding.

This is a fruity bread made with yeast and consists of raisins and sultanas. It is eaten all year round but is traditionally associated with Halloween in Ireland. It was custom to bake a pea, a stick, a piece of cloth, a small coin, and a ring into the barmbrack but now it generally only has a ring baked into it. These items were then used as a way to tell a person’s future.

What's your favorite Irish food? Brush up on some recipes here!