Are Catholics allowed to drink, eat meat on St. Patrick's Day during Lent?

St. Patrick's Day falls during Lent again this year - do you think Catholics should be granted a reprieve from the period of sacrifice? 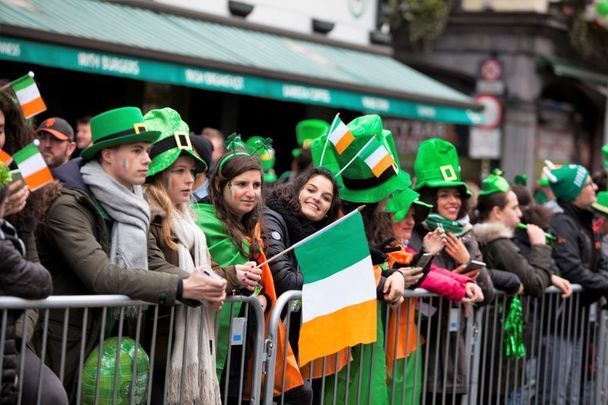 Drinking on St Patrick's Day during Lent? What do we think? Yes or no? RollingNews.ie

Can you drink on St Patrick's Day during Lent? The Christian season of abstinence generally calls for practicing Catholics to not eat meat on Fridays, but for those looking forward to their St Patrick's Day full Irish breakfast and corned beef and cabbage dinner, this can call for a crisis of conscience.

So, how much are the faithful allowed to indulge during what is considered the high holy season of Catholicism?

Growing up in Ireland, St Patrick’s Day was always a welcome reprieve from Lent, one day when depending on how concerned your parents were about your soul, you would be allowed to break the promise to give up candy, chocolate, or chips for just 24 hours.

Back on St. Patrick’s Day 2017, however, the Irish holiday fell on a Friday and the festivities caused some problems for Irish Catholics who stick to the sacrifice of abstaining from meat throughout the Fridays of Lent. Would they still be able to enjoy their full Irish breakfast the morning of March 17 and indulge in a hearty bacon and cabbage dinner when they’re done marching in the parade?

According to the Archdioceses of Milwaukee, yes.

For those Irish Catholics in the Milwaukee area who still keep to the traditions of abstaining from meat and making sacrifices during Lent, yet who still wish to celebrate everything Irish on St. Patrick’s Day, Archbishop Jerome Listecki gave a dispensation from the sacrifice on March 17.

“Each year, Catholics throughout the world are expected to abstain from meat and meat products on Fridays during Lent. Once or twice a decade, we are faced with a quandary: when St. Patrick's Day falls on a Friday during this time of penance, may we eat the corned beef?” wrote the archdiocese via Facebook.

“After careful consideration, Archbishop Jerome Listecki has decided this year that Catholics in the Archdiocese of Milwaukee can take part in this tradition with a clear conscience. He has granted a dispensation which allows the consumption of meat on Friday, March 17, 2017.”

Scores of other Dioceses joined Milwaukee in offering a special dispensation for the big day in 2017.

While many still uphold the sacrifice of abstaining from meat on Ash Wednesday, the first day of Lent, and on Good Friday, not as many people still maintain the sacrifice throughout the full 40 days.

In 2019, RTE reported: "Usually occurring in the middle of Lent, St Patrick’s Day was considered a welcome break from fasting for Catholics to enjoy meat, treats, and alcohol.

"The day only became a national holiday in 1903 and pubs were not allowed to open until 1973. Lore has it that the only legal place to get a drink in Ireland for many years was the RDS Dublin Dog show. But in the years when the pubs were closed in Ireland, people still found ways around the ban to consume alcohol by celebrating at gatherings in their homes or the local rambling house.

"The alcohol consumed on St. Patrick’s Day was known as "Póta Phádraig" or "St. Patrick’s Pot". The tradition known as "drowning the shamrock" involves making a toast to St. Patrick then tossing a shamrock over the shoulder for good luck (most convenient considering that adults wore bunches of shamrock on their lapels)."

Many would also be surprised to know that despite the emphasis that is sometimes placed on St. Patrick’s Day as a day of partying, it was in the US that this tradition grew, while in Ireland pubs were closed every year on March 17 until the 1970s.

Although St. Patrick was never officially canonized by a pope, he is included in the list of saints, and his feast day officially placed on the Catholic Church’s liturgical calendar in the early 1600s with thanks to Waterford-born Franciscan scholar Luke Wadding. From then on it has been a holy day of obligation for Ireland's Catholics (meaning they are obliged to participate in the Mass). Until the 1700s, St. Patrick’s Day was celebrated predominantly in Ireland where it was a somber religious occasion spent mainly in prayer.

Even when St. Patrick’s Day became an official Irish public holiday in 1903, it was still a holy day of obligation and so there wasn’t much of a party atmosphere. Mass was attended in the morning with the afternoon set aside for celebrations, although even then when the pubs were still closed, meat was allowed for the special occasion if March 17 happened to fall on a Friday.

What do you think? Should Irish Catholics be allowed to drink, eat meat and break their Lenten promises on St. Patrick’s Day? Leave us your thoughts in the comments section, below.