Pancake Tuesday is over it's time for 40 days of Lent but what's this Catholic tradition all about and is it still observed in modern Ireland? 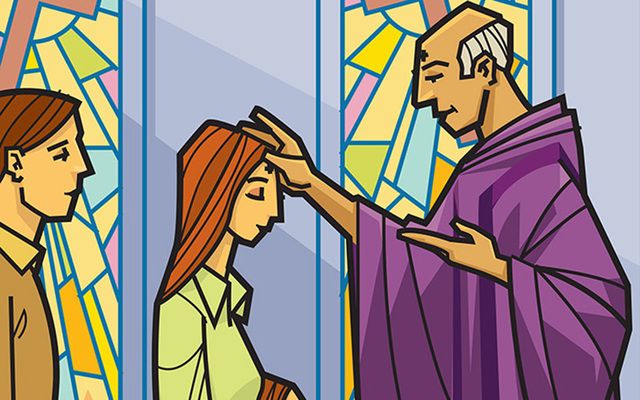 Ash Wednesday, from traditions gone by, to St. Patrick’s Day, the 40 days before Easter just aren’t what they used to be. iStock

Pancake Tuesday is over. It's time for 40 days of Lent but what's this Catholic tradition all about and is it still observed in modern Ireland?

So you’ve celebrated Pancake Tuesday and indulged one last time before Ash Wednesday, the start of Lent. But what will the Irish be giving up for the next 40 days and is the Catholic tradition even still observed in modern Ireland?

Lent is a time for fasting, abstinence from meat, and repentance, according to the church. As part of the Christian observance carried out before Easter, it is traditional to give up something you’re fond of as penance.

A sure sign of the times, the online Lent Tracker maps the most popular treats being avoided as chocolate, alcohol, Twitter, social networking, and sweets.

That list alone shows how times have changed since, as children, our weekly treats of a few sweets on a Sunday would be stored up. Our only chance to break Lent was on St. Patrick’s Day when we would be allowed one treat.

Nowadays, Lent should really be re-named as “New Year’s Resolutions – Take Two,” when booze and sweets are skipped to curb our every expanding waistbands.

What is Ash Wednesday?

In western Christianity, Ash Wednesday marks the period when Jesus Christ spent 40 days fasting in the desert enduring the temptation of Satan.

It derives its name from the practice of blessing ashes made from palm branches, from the previous Palm Sunday, and placing them on mass goers foreheads accompanied with the words “Repent, and believe in the Gospel” or “Remember that you are dust, and to dust you shall return."

Who's getting ashes in Ireland?

While just 20 years ago it would have been quite usual to see people with their ashes on Ash Wednesday, these days not so.

A recent study found that while less than a third of people in Ireland regularly attend mass, some 33 percent said that they pray daily.

Another tradition of the Lenten period almost forgotten is abstaining from meat on Fridays. According to the Catholic Church's Canon Law, persons between the ages of 14 and 59 should not eat meat, on any Friday during the year, to honor the Passion of Jesus on Good Friday. That’s certainly one that we’ve forgotten. However, this ritual is one that some Catholics, nowadays, take up for Lent as a challenge.

Charity and devotion during Lent

Charity is also an excellent outcome of the Lenten period and anyone brought up in Ireland will recall the ever-present Trócaire box, usually issued by schools to collect small change.

The admirable tradition still continues and this money goes directly to the overseas development agency, which aids some of the world’s poorest people.

Some of the older customs remain firm favorites. While the proper observance of fasting may have fallen away, hot cross buns are already lining shop shelves in Ireland.

Fruity and slightly spiced these buns (with butter and jam) go down a treat with a cuppa but wouldn’t you know it based on today's behavior that traditionally these should not be eaten until Good Friday (April 19, 2019).

Whether you’ve forgotten the old traditions or you’re sticking fast (excuse the pun) to Canon Law this Lent, what’s definite is that no matter where you are in the world, if you’re Irish, someone will ask you today…. “What are you giving up for Lent?” You better have your answer ready.

Are you giving up anything this Lent? Do you still uphold the tradition? Let us know in the comments section.