Saoirse Ronan rumored to be cast in new "Barbie" flick 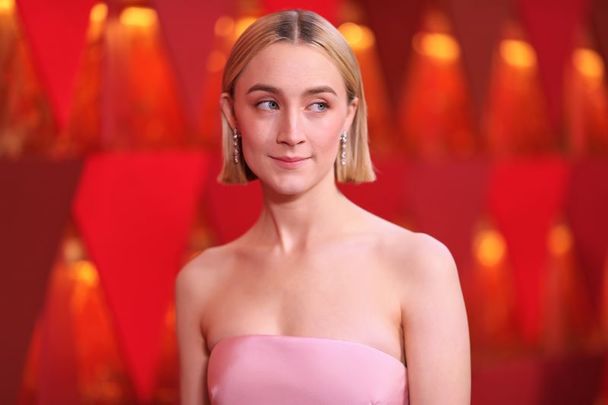 Saoirse Ronan recently wrapped filming "Foe" in Australia with Paul Mescal, and the four-time Oscar nominee, known mostly for serious, independent roles, is breaking out with a bang for her next project.

The New York-born, Co Carlow-raised star has reportedly been cast in a film about Barbie – yes, the iconic doll – which stars Margot Robbie and will be directed by Greta Gerwig, both of whom are friends and colleagues of Saoirse. The cast for the film is laden with big stars including Ryan Gosling, who’s down to play Ken.

#BARBIE
July 21, 2023
Only in theaters pic.twitter.com/mauCGpizD1

Not sure what Saoirse’s part will be, but she’ll be playing alongside a mega cast that also includes Issa Rae, Kate McKinnon, America Ferrera, and even the British pop star Dua Lipa.

Some reports say that the film, a romantic comedy, will feature a number of Barbies and Kens, so who knows, maybe Saoirse, a blond just like the original Barbie, will really be able to let her hair down and have fun.

Meanwhile, Saoirse made a stunning appearance at the Cannes Fest last week with her beau of four years, Scottish actor Jack Lowden, who received the Cannes Chopard Trophy for being an up-and-coming talent.

She’s staying really low-key these days; she didn’t walk the red carpet with him but did pose for photos for her stylist and makeup artist, which they posted on Instagram.

Saoirse and Jack met on set of the film "Mary Queen of Scots" in 2018 and have been together since. Another of Saoirse’s confirmed upcoming projects is starring in a film, "The Outrun," which is being co-produced by Lowden.

“Ronan stars as Rona, who fresh out of rehab, returns to the wild Orkney Islands after more than a decade away. As she reconnects with the dramatic landscape where she grew up, memories of her childhood merge with the more recent challenging events that have set her on the path to recovery,” Variety reports.