Is Saoirse Ronan dating her ‘Mary Queen of Scots’ co-star? 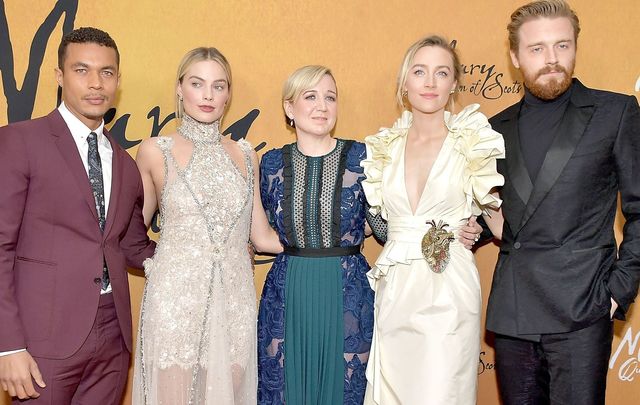 Saoirse Ronan, busy doing press for her latest film ‘Mary Queen of Scots,’ is reportedly cozying up with a co-star this Christmas season.

Page Six reports that Ronan is dating her co-star Jack Lowden, and the two were nearly inseparable at their New York premiere of ‘Mary Queen of Scots.’

A source told Page Six: “Jack was following her all over.”

“He even followed her to the bathroom and was waiting outside for her. They were very close.”

A movie source told Page Six: “We don’t know when they got together, we only found out on Tuesday night when they rolled up together — but they seem very happy and sweet.”

Ever the celeb, Ronan had to leave the premiere party a bit early to continue her work on Greta Gerwig’s upcoming adaptation of ‘Little Women’ in which Ronan stars as Jo March. The film includes other A-listers Emma Watson, Meryl Streep, and Timothée Chalamet.

Read More: WATCH: Saoirse Ronan answers the Internet’s most popular questions about her

Ronan and Gerwig previously worked together on the critically acclaimed Ladybird, which was nominated for five Oscars.

Catch the trailer for 'Mary Queen of Scots,' which is in theaters today: